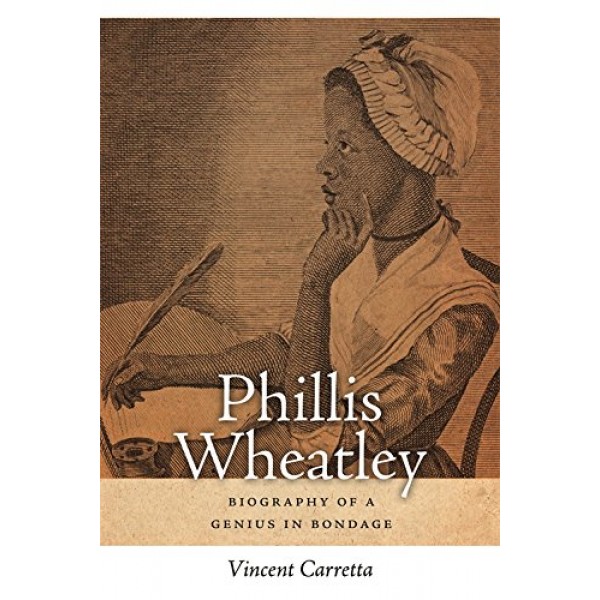 Phillis Wheatley: Biography of a Genius in Bondage

With Poems on Various Subjects, Religious and Moral (1773), Phillis Wheatley (1753 - 1784) became the first English-speaking person of African descent to publish a book and only the second woman — of any race or background — to do so in America. Written in Boston while she was just a teenager, and when she was still a slave, Wheatley's work was an international sensation. In Phillis Wheatley, Vincent Carretta offers the first full-length biography of a figure whose origins and later life have remained shadowy despite her iconic status.

A scholar with extensive knowledge of transatlantic literature and history, Carretta uncovers new details about Wheatley's origins, her upbringing, and how she gained freedom. Assessing Wheatley's entire body of work, Carretta discusses the likely role she played in the production, market­ing, and distribution of her writing. He relocates Wheatley from the margins to the center of her eighteenth-century transatlantic world, revealing the fascinating life of a woman who rose from the indignity of enslavement to earn wide recognition, only to die in obscurity a few years later.