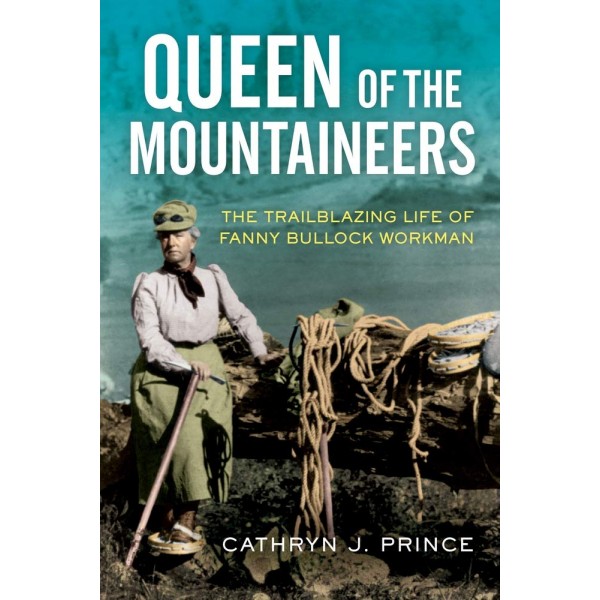 Queen of the Mountaineers: The Trailblazing Life of Fanny Bullock Workman

Fanny Bullock Workman was a complicated and restless woman who defied the rigid Victorian morals she found as restrictive as a corset. Instrumental in breaking the British stranglehold on Himalayan mountain climbing, this American woman climbed more peaks than any of her peers and became the first woman to map the far reaches of the Himalayas and the second to address the Royal Geographic Society of London, whose past members included Charles Darwin, Richard Francis Burton, and David Livingstone. Her books — replete with photographs, illustrations, and descriptions of meteorological conditions, glaciology, and the effect of high altitudes on humans — remained useful decades after their publication.

Author and journalist Cathryn J. Prince brings Fanny Bullock Workman to life, revealing how she navigated the male-dominated world of alpine clubs and adventure societies as nimbly as she navigated the deep crevasses and icy granite walls of the Himalayas. Queen of the Mountaineers is the story of one woman's role in science and exploration, breaking boundaries and charting frontiers for women everywhere.