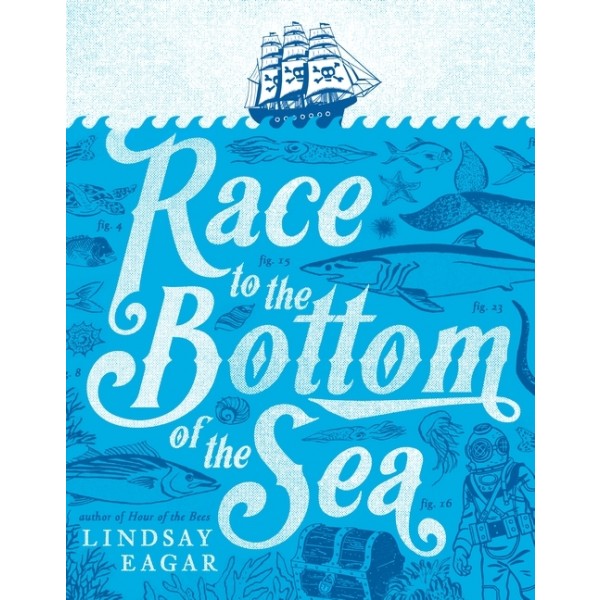 Race to the Bottom of the Sea

When her parents, the great marine scientists Dr. and Dr. Quail, are killed in a tragic accident, eleven-year-old Fidelia Quail is racked by grief — and guilt. It was a submarine of Fidelia's invention that her parents were in when they died, and it was she who pressed them to stay out longer when the raging Undertow was looming. But Fidelia is forced out of her mourning when she's kidnapped by Merrick the Monstrous, a pirate whose list of treasons stretches longer than a ribbon eel. Her task? Use her marine know-how to retrieve his treasure, lost on the ocean floor.

But as Fidelia and the pirates close in on the prize, with the navy hot on their heels, she realizes that Merrick doesnâ't expect to live long enough to enjoy his loot. Could something other than black-hearted greed be driving him? Will Fidelia be able to master the perils of the ocean without her parents -- and piece together the mystery of Merrick the Monstrous before it's too late?

"The tidal pull of Eagar’s swashbuckling pirate adventure has its source in 11-year-old Fidelia Quail.... Set in a world that combines futuristic and historical elements to intriguing effect (Fidelia wears a pinafore, but knows her way around 'Hydro-Scanners' and other tech), this is an exciting maritime adventure with a strong, layered heroine." — Publishers Weekly