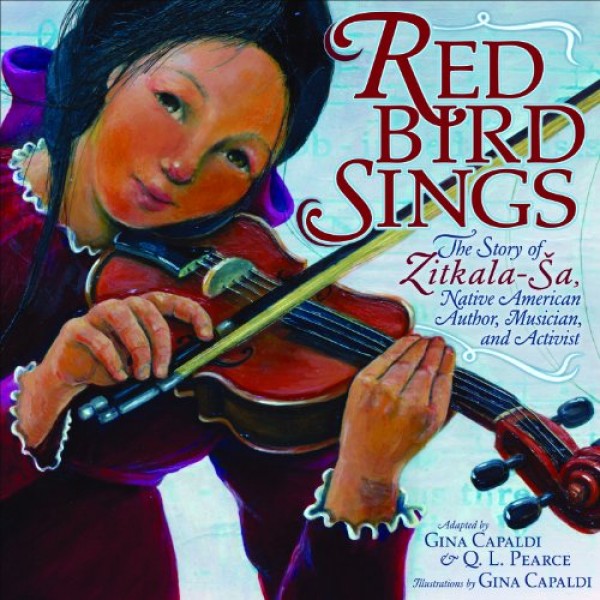 "I remember the day I lost my spirit." So begins the story of Gertrude Simmons, also known as Zitkala-Sa, which means Red Bird. Born in 1876 on the Yankton Sioux reservation in South Dakota, Zitkala-Sa willingly left her home at age eight to go to a boarding school in Indiana. But she soon found herself caught between two worlds--white and Native American.

At school she missed her mother and her traditional life, but Zitkala-Sa found joy in music classes. "My wounded spirit soared like a bird as I practiced the piano and violin," she wrote. Her talent grew, and when she graduated, she became a music teacher, composer, and performer.

Zitkala-Sa found she could "sing" to help her people by writing stories and giving speeches. As an adult, she worked as an activist for Native American rights, seeking to build a bridge between cultures.

The coauthors have told about Zitkala-Sa's life by weaving together pieces from her own stories. The artist's acrylic illustrations and collages of photos and primary source documents round out the vivid portrait of Zitkala-Sa, a frightened child whose spirit "would rise again, stronger and wiser for the wounds it had suffered."