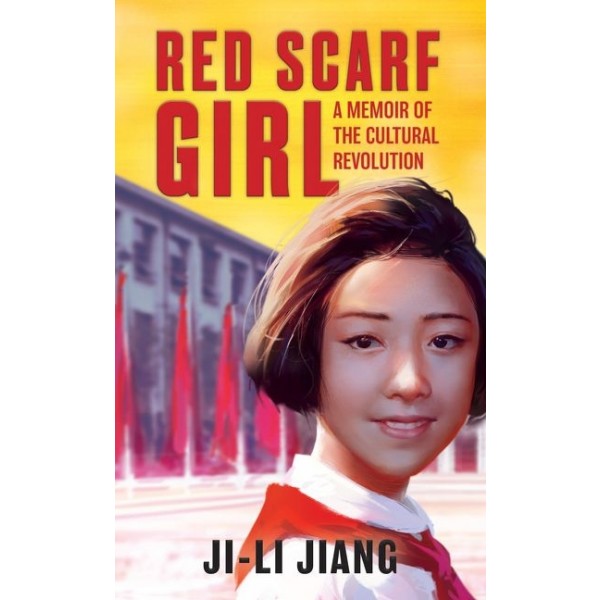 Red Scarf Girl: A Memoir of the Cultural Revolution

It's 1966, and twelve-year-old Ji-li Jiang has everything a girl could want: brains, tons of friends, and a bright future in Communist China. But it's also the year that China's leader, Mao Ze-dong, launches the Cultural Revolution — and Ji-li's world begins to fall apart. Over the next few years, people who were once her friends and neighbors turn on her and her family, forcing them to live in constant terror of arrest. When Ji-li's father is finally imprisoned, she faces the most difficult dilemma of her life.

In the tradition of The Diary of Anne Frank and I Am Malala, this page-turning, honest, and deeply personal autobiography is the incredible true story of one girl’s courage and determination during one of the most terrifying eras of the twentieth century. This edition includes a detailed glossary, pronunciation guide, discussion questions, and a Q&A with the author.

"A child's nightmare unfolds in Jiang's chronicle of the excesses of Chairman Mao's Cultural Revolution in China in the late 1960s. She was a young teenager at the height of the fervor, when children rose up against their parents, students against teachers, and neighbor against neighbor in an orgy of doublespeak, name-calling, and worse. Intelligence was suspect, and everyone was exhorted to root out the "Four Olds'' — old ideas, old culture, old customs, and old habits. She tells how it felt to burn family photographs and treasured heirlooms so they would not be used as evidence of their failure to repudiate a "black'' — i.e., land-owning--past.... It's a very painful, very personal — therefore accessible — history." — Kirkus Reviews