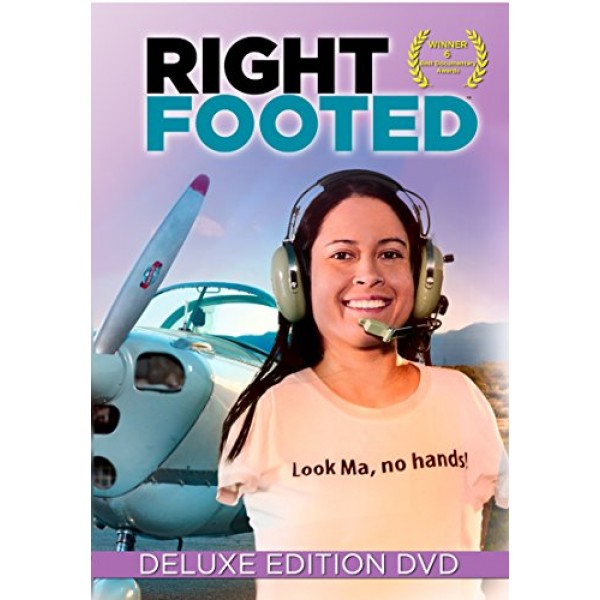 Winner of 17 awards on the film festival circuit, Right Footed tells the story of 29-year-old Jessica Cox, who was born without arms as a result of a birth defect but who turned her so-called disability into a powerful tool to inspire people and create change. This 82-minute documentary chronicles Jessica's long struggle to become fully independent and licensed as the world's first armless airplane pilot - flying with one foot on the yoke and the other on the throttle.

Right Footed follows Jessica in the wake of her solo flight for a period of two years as she becomes a disability rights activist while also mentoring children with disabilities and their families. The film shares Jessica's journey to promote opportunity and inclusion for people with disabilities in the USA and abroad, while simultaneously advocating for ratification of the Convention on the Rights of Persons with Disability (CRPD), the most significant international disability rights treaty in history.