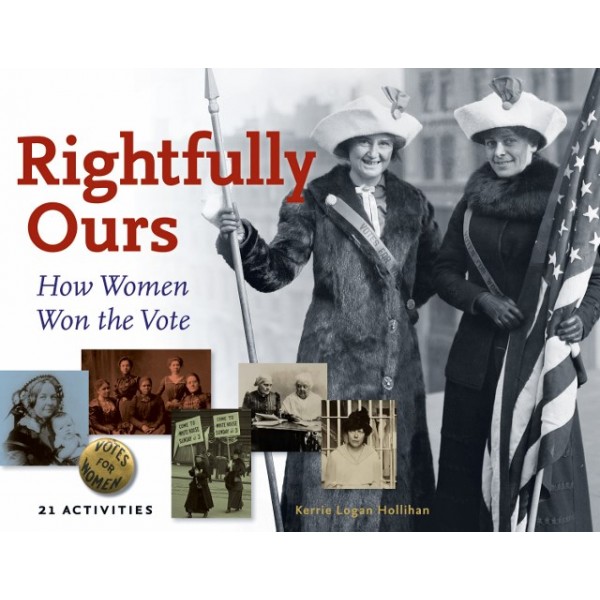 Rightfully Ours: How Women Won The Vote

Though the Declaration of Independence stated that "all men are created equal," women and girls in the early days of the United States had few rights -- their lives were controlled by their husbands or fathers. Married women could not own property, and few girls were taught more than reading and simple math. Not one woman could vote, but that would change with the tireless efforts of Lucretia Mott, Lucy Stone, Elizabeth Cady Stanton, Sojourner Truth, Susan B. Anthony, Carrie Chapman Catt, Lucy Burns, Alice Paul, and thousands of others across the nation.

Rightfully Ours tells of the century-long struggle for women's suffrage in the United States. In addition to its lively narrative, this history includes a time line, online resources, and hands-on activities that will give readers a sense of the everyday lives of the suffragists. Through it all, readers will gain a richer appreciation for not only the women who secured the right to fully participate in American democracy, but also why they must never take that right for granted.

"Through an engaging text and well-chosen archival photos, this describes how women in the United States got the vote — a process that was long, difficult, and filled with disappointments. Hollihan takes an in-depth look at several of the women who never wavered from the cause — including Susan B. Anthony, Elizabeth Cady Stanton, and Lucy Stone — as well as a number of events that either held the process back (the Civil War) or moved it forward (western territories giving their women local voting rights)." -- Ilene Cooper, Booklist