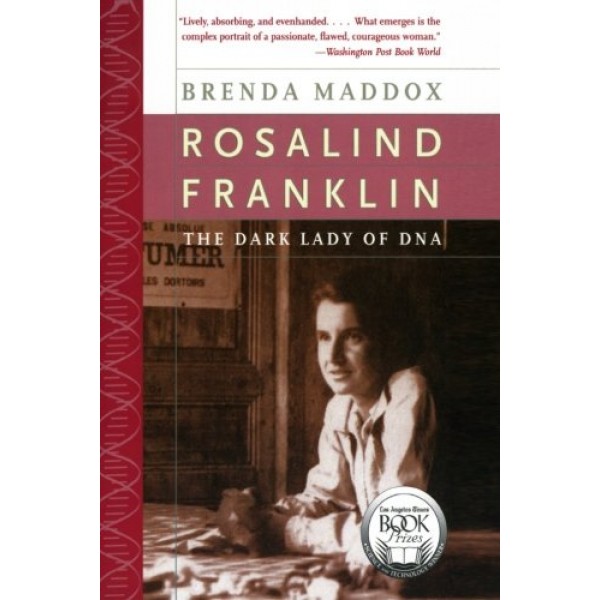 In 1962, Maurice Wilkins, Francis Crick, and James Watson received the Nobel Prize, but it was Rosalind Franklin's data and photographs of DNA that led to their discovery. Brenda Maddox tells a powerful story of a remarkably single-minded, forthright, and tempestuous young woman who, at the age of fifteen, decided she was going to be a scientist, but who was airbrushed out of the greatest scientific discovery of the twentieth century.

"Her photographs of DNA were called 'among the most beautiful X-ray photographs of any substance ever taken,' but physical chemist Rosalind Franklin never received due credit for the crucial role these played in the discovery of DNA's structure. In this sympathetic biography, Maddox argues that sexism, egotism and anti-Semitism conspired to marginalize a brilliant and uncompromising young scientist." — Publishers Weekly