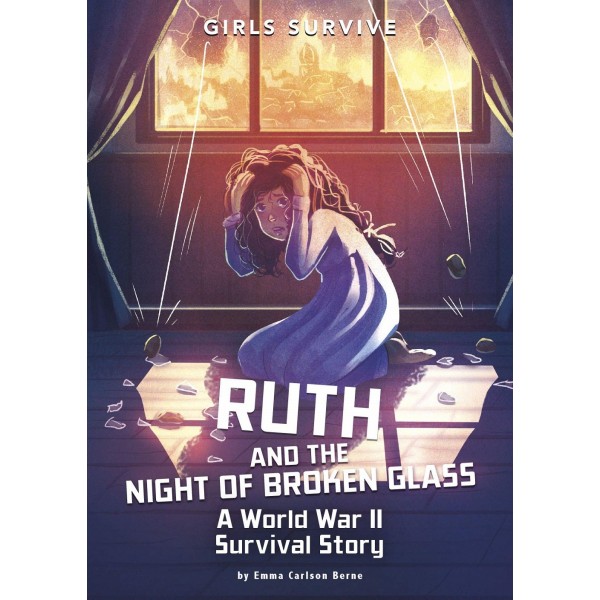 Ruth and the Night of the Broken Glass

In the late summer and early fall of 1938, ten-year-old Ruth Block, along with her father, mother, and best friend, Miriam, must navigate the increasing pressure placed on the Jewish population in Frankfurt, Germany. Ruth grows more worried by the day. Her father's stationery store is shut down; she and Miriam are belittled on the street; their school is closed. Then one night in November, the family's apartment is broken into. Ruth's father is dragged into the square and arrested, along with hundreds of other Jewish men.

Ruth, her family, her friends, and her community struggle to survive the fiery night and the terrifying, uncertain future ahead of them. Featuring nonfiction support material, a glossary, and reader response questions, this story from the Girls Survive series takes readers to Kristallnacht, the Night of Broken Glass, one of history's most important moments.