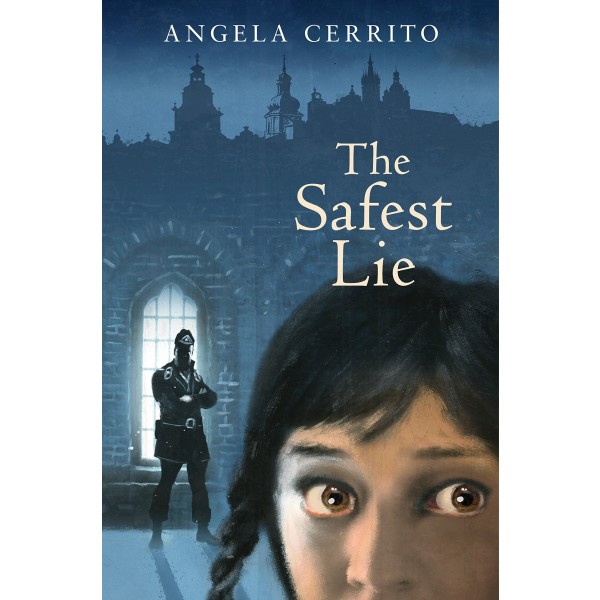 Anna's grandmother always told her that the truth was the safest lie — but in Nazi-occupied Warsaw, the truth about Anna's identity is the most dangerous thing there is. It's 1940, and nine-year-old Anna Bauman and her parents are among the 300,000 Polish Jews struggling to survive the wretched conditions in the Warsaw ghetto. Anna draws the attention of a woman called Jolanta — a code name of the real-life resistance spy Irena Sendler, who smuggled hundreds of children out of the ghetto.

Jolanta wants to help Anna escape, but first Anna must assume a new identity, that of Roman Catholic orphan Anna Karwolska. Whisked out of the ghetto to a Christian orphanage, Anna struggles to hide her true identity... until she slowly realizes that the most difficult part of this charade is not remembering the details of her new life, but trying not to forget the old one entirely.

This powerful historical novel sheds light on the hidden children, who escaped the horrors of ghettos and concentration camps only to lose their identity and heritage, living among foreign families to stay safe. Informed by the author's interviews with Irena Sendler, the book includes an author's note detailing the research and historical information that brought this story to life.

"Told from Anna's perspective, this harrowing tale of secrets and survival has a childlike cadence, with poignantly simple observations amid life-altering decisions. At just nine years old, Anna struggles to comprehend the exhausting ramifications of pretending to be someone she is not; her plight takes on an added aspect of self-awareness with the discovery of two homeless Jewish children in hiding, forcing her to choose between forsaking her mother's orders and helping those so much like herself. Cerrito (The End of the Line) delivers a compassionate introduction to the atrocities of the Holocaust that pays homage to some of the real heroes, particularly social worker Irena Sendler, who risked their lives to save the young." — Publishers Weekly