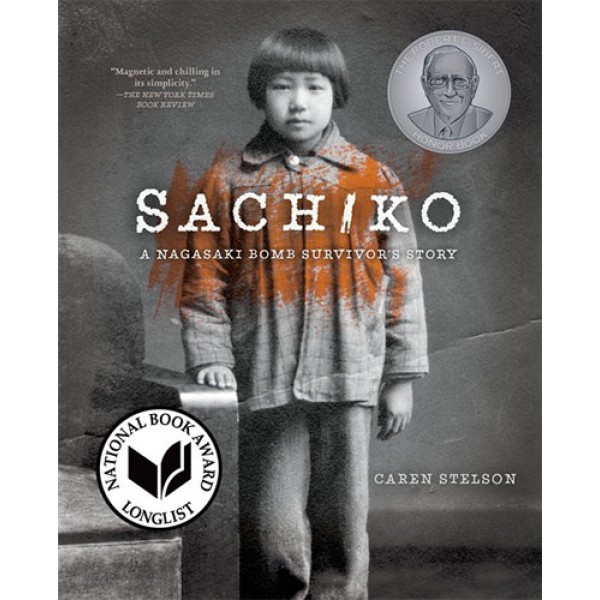 Sachiko Yasui was 6 years old when the atomic bomb was dropped on Nagasaki, Japan -- and her life was changed forever. She lost family members and friends to radiation sickness, and spent a childhood being ostracized and bullied for being a hibakusha -- a bomb survivor -- since many people believed radiation sickness was contagious. However, she endured, and in her later years, Sachiko became determined that the world should not forget the stories of survivors like her.

This striking work of narrative nonfiction tells the true story of Sachiko's survival of the Nagasaki atomic bomb on August 9, 1945, and the heartbreaking and lifelong aftermath. Having conducted extensive interviews with Sachiko Yasui, Caren Stelson chronicles Sachiko's trauma and loss as well as her long journey to find peace.

"Stelson recounts hearing Yasui speak at a ceremony to commemorate the 60th anniversary of the bombing of Hiroshima and Nagasaki. This event would spark a long and intimate process in which Stelson repeatedly met with and interviewed Yasui in order to tell her story. Frequent historical notes provide context to the events happening in the narrative: Japan's role in World War II, the issue of racism in the war, President Truman's ultimatum, the effects of radiation sickness, the U.S. occupation of Japan after the war, and more....This sensitive and well-crafted account of a Nagasaki bomb survivor is an essential addition to World War II biography collections for middle school students." — Deidre Winterhalter, School Library Journal