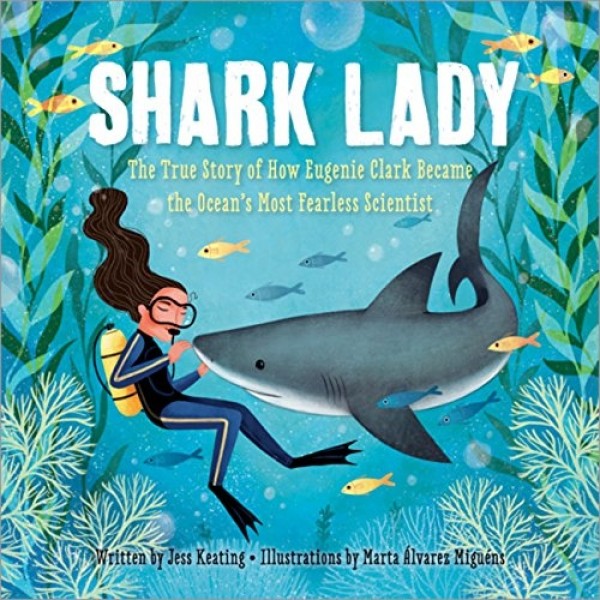 Eugenie Clark fell in love with sharks from the first moment she saw them at the aquarium. She couldn't imagine anything more exciting than studying these graceful creatures. But Eugenie quickly discovered that many people believed sharks to be ugly and scary -- and they didn't think women should be scientists.

Determined to prove them wrong, Eugenie devoted her life to learning about sharks. After earning several college degrees and making countless discoveries, Eugenie wrote herself into the history of science, earning the nickname "Shark Lady." Through her accomplishments, she taught the world that sharks were to be admired rather than feared and that women can do anything they set their minds to.

This inspiring story by critically acclaimed zoologist Jess Keating celebrates finding the strength to discover truths that others aren't daring enough to see.

"This eloquent profile follows Clark from a childhood visit to an aquarium through her demonstration that sharks can actually be trained and so are not 'mindless killers' as widely supposed. Throughout, Keating highlights the stubborn tenacity with which she shrugged off the pressure to 'Be a secretary! Be a housewife!' and followed a dream 'as big as a whale shark'....The author appends a section of shark facts, along with a note detailing some of Clark’s other discoveries and accomplishments." -- Kirkus Reviews