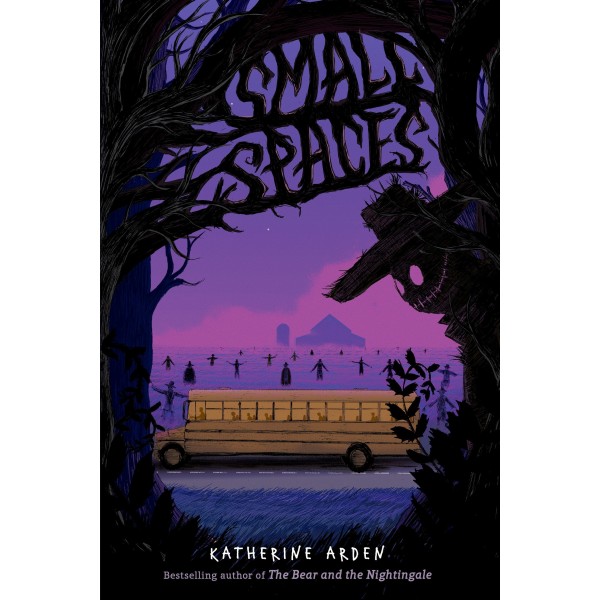 After suffering a tragic loss, eleven-year-old Ollie only finds solace in books. So when she happens upon a crazed woman at the river threatening to throw a book into the water, Ollie doesn't think — she just acts, stealing the book and running away. As she begins to read the slender volume, Ollie discovers a chilling story about a girl named Beth, the two brothers who both loved her, and a peculiar deal made with "the smiling man," a sinister specter who grants your most tightly held wish, but only for the ultimate price. Ollie is captivated by the tale until her school trip the next day to Smoke Hollow, a local farm with a haunting history all its own. There she stumbles upon the graves of the very people she's been reading about. Could it be the story about the smiling man is true?

Ollie doesn't have too long to think about the answer to that. On the way home, the school bus breaks down, sending their teacher back to the farm for help. But the strange bus driver has some advice for the kids left behind in his care: "Best get moving. At nightfall they'll come for the rest of you." Only Ollie and two of her classmates heed the bus driver's warning. As the trio head out into the woods — bordered by a field of scarecrows that seem to be watching them — the bus driver has just one final piece of advice for Ollie and her friends: "Avoid large places. Keep to small." The bestselling adult author of The Bear and the Nightingale makes her middle grade debut with a creepy, spellbinding ghost story destined to become a classic.

"In spare, pithy, and evocative language, Arden skillfully cultivates a vivid sense of atmosphere, from Ollie’s cozy, welcoming house to the creeping dread of the kids’ journey through the ominous, clattering forest. There are genuinely creepy elements here — scarecrows in relentless pursuit, ghostly beings lurking in abandoned houses, and a truly surprising villain at the center of it all — but Arden doesn’t skimp on character development either.... With a tantalizing pace and palpable suspense, all nicely grounded in realistic emotions, this well-wrought spine-tingler is destined to be a hit (just makes sure the lights stay on)." — Sarah Hunter, Booklist