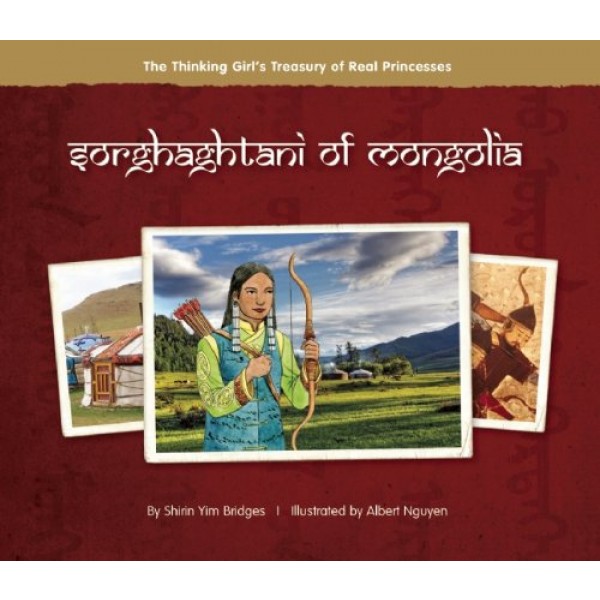 On the windswept steppes of Mongolia in the 13th century, a princess was given the chance to rule, and her story is outlined in this book. Sorghaghtani took lands that were ruined by war and made them wealthy again, brought mutual respect and cooperation to a downtrodden and distrustful people, and, in a battle of wits that was like a giant chess game, won the imperial throne for her sons, which gave them the largest empire in the world. Sections on the clothes she wore, the foods she ate, and why she is remembered today are included.

Combining the romance and enchantment of princesses with a message of youthful female empowerment, these books are about girls who didn't just sit around waiting to be rescued. Against great odds, they changed their own lives -- and their worlds. Stories of princesses from different cultures and different epochs in history are richly illustrated with photographs, maps, and lovely pen-and-watercolor paintings that help bring these fascinating females to life.