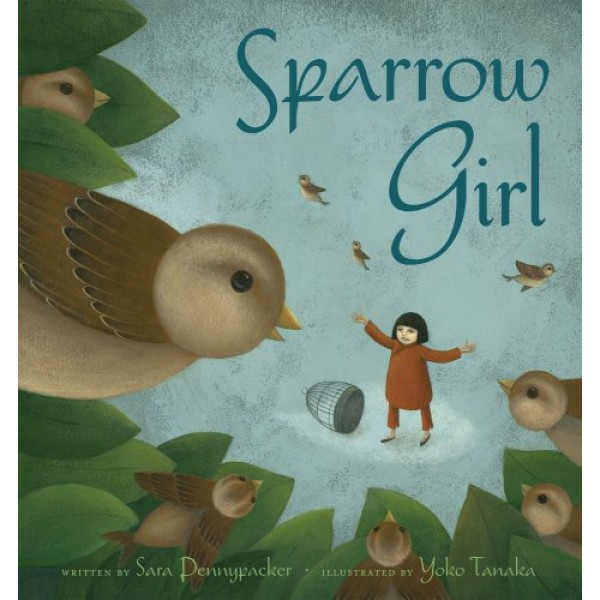 Ming-Li looked up and tried to imagine the sky silent, empty of birds. It was a terrible thought. Her country's leader had called sparrows the enemy of the farmers — they were eating too much grain, he said. He announced a great "Sparrow War" to banish them from China, but Ming-Li did not want to chase the birds away.

As the people of her village gathered with firecrackers and gongs to scatter the sparrows, Ming-Li held her ears and watched in dismay. The birds were falling from the trees, frightened to death! Ming-Li knew she had to do something — even if she couldn't stop the noise. Quietly, she vowed to save as many sparrows as she could, one by one... This thoughtful tale uses actual historical events for a fable about kindness and empathy.

"The author takes these actual events as inspiration for a resonant, contemporary fable about Ming-Li, a girl who feels for the sparrows under attack, defies the leader, and rescues seven birds as they fall from the sky. Pennypacker strikes a suitably moralistic tone and tells her story with rich, descriptive detail. Tanaka matches the somber elegance of the text with opaque, folk-inspired paintings in a subdued palette. An author’s note explains the difficult facts behind the story. Opposite the grave historical account, though, is an uplifitng image: on a field of white, a small nest with seven eggs promises the hope that springs from the simple actions of one empathetic heart." -- Booklist