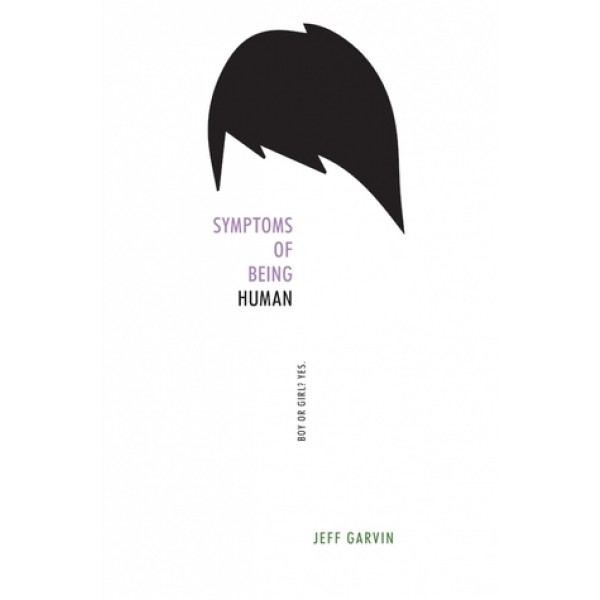 Symptoms of Being Human

Riley Cavanaugh is many things: Punk rock. Snarky. Rebellious. And gender fluid. Some days Riley identifies as a boy, and others as a girl. But Riley isn't exactly out yet. And between starting a new school and having a congressman father running for reelection in uber-conservative Orange County, the pressure -- media and otherwise -- is building up in Riley's life.

On the advice of a therapist, Riley starts an anonymous blog to vent those pent-up feelings and tell the truth of what it's really like to be a gender fluid teenager. But just as Riley's starting to settle in at school -- even developing feelings for a mysterious outcast -- the blog goes viral, and an unnamed commenter discovers Riley's real identity, threatening exposure. And Riley must make a choice: walk away from what the blog has created -- a lifeline, new friends, a cause to believe in -- or stand up, come out, and risk everything.

From debut author Jeff Garvin comes a powerful and uplifting portrait of a modern teen struggling with high school, relationships, and what it means to be a person.

"Garvin is skilled at truly encapsulating the feeling of being completely without allies in high school. The isolation is palpable in every scene. Garvin's strengths also lie in his ability not to reveal the assigned gender of Riley without turning it into some sort of trick or novelty. Riley is not just genderfluid: Riley is witty, has a charming sense of humor, is a skilled writer, and is totally capable of getting the girl. Very few YA titles have featured protagonists like Riley, who don't fit into the black and white of the gender binary." — Ingrid Abrams, School Library Journal