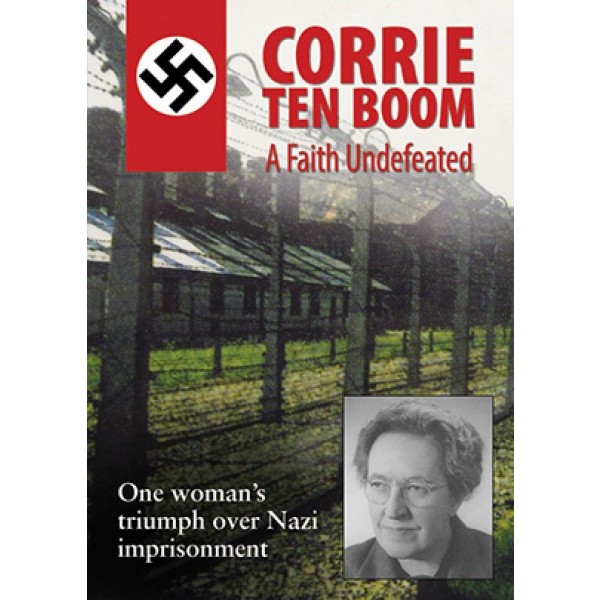 When Nazi forces invaded Holland in 1940 and began rounding up Jews, Corrie ten Boom, her sister Betsie and their elderly father risked their lives to save as many Jews as possible. A hidden room was secretly built in their home where the oppressed Jews took refuge until a Gestapo raid put an end to their efforts. Corrie ten Boom: a Faith Undefeated recounts this unforgettable story for a new generation.

In this documentary, director Robert Fernandez explores what drove ten Boom and her family to take such risks in the name of protecting people they didn't even known. Excerpts of ten Boom's speeches, interviews with people who knew her, and footage of the ten Boom home create a sense of immediacy and presence to this story of World War II heroism. This Blu-ray also includes the official trailer and English or Spanish subtitles.