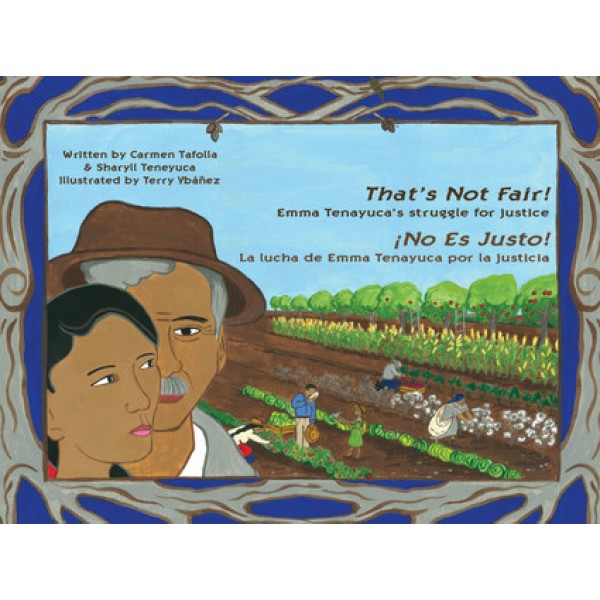 A vivid depiction of the early injustices encountered by a young Mexican-American girl in San Antonio in the 1920's, this book tells the true story of Emma Tenayuca. Emma learns to care deeply about poverty and hunger during a time when many Mexican Americans were starving to death and working unreasonably long hours at slave wages in the city's pecan-shelling factories. Through astute perception, caring, and personal action, Emma begins to get involved, and eventually, at the age of 21, leads 12,000 workers in the first significant historical action in the Mexican-American struggle for justice.

Emma Tenayuca's story serves as a model for young and old alike about courage, compassion, and the role everyone can play in making the world more fair.