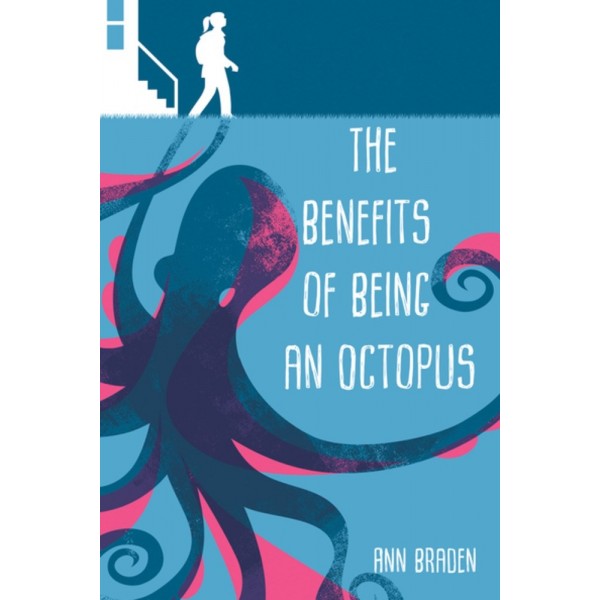 The Benefits of Being an Octopus

Seventh-grader Zoey has her hands full as she takes care of her much younger siblings after school every day while her mom works her shift at the pizza parlor. At least there's Lenny, her mom's boyfriend — they all get to live in his nice, clean trailer. Meanwhile, at school, Zoey tries to stay under the radar. Her only friend Fuchsia has her own issues, and since they're in an entirely different world than the rich kids, it's best if no one notices them.

Zoey thinks how much easier everything would be if she were an octopus: eight arms to do eight things at once; incredible camouflage ability; powerful protective defenses. Unfortunately, she's not totally invisible, and one of her teachers forces her to join the debate club. Debate ultimately leads Zoey to see things in a new way: her mom's relationship with Lenny, Fuchsia's situation, and her own place in this town of people who think they're better than her. Can Zoey find the courage to speak up, even if it means risking the most stable home she's ever had? This moving debut novel explores the cultural divides around class and the gun debate through the eyes of one girl, living on the edges of society, trying to find her way forward.