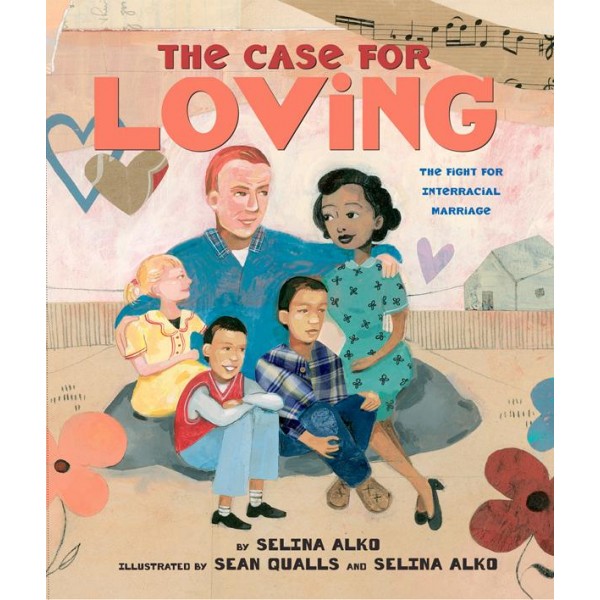 For most children these days it would come as a great shock to know that before 1967, they could not marry a person of a race different from their own. That was the year that the Supreme Court issued its decision in Loving v. Virginia.

This is the story of one brave family: Mildred Loving, Richard Perry Loving, and their three children. It is the story of how Mildred and Richard fell in love, and got married in Washington, D.C. But when they moved back to their hometown in Virginia, they were arrested (in dramatic fashion) for violating that state's laws against interracial marriage. The Lovings refused to allow their children to get the message that their parents' love was wrong and so they fought the unfair law, taking their case all the way to the Supreme Court - and won!

" The charming and cheerful mixed media illustrations are done in gouache and acrylic paint with collage and colored pencil, a perfect marriage of Alko and Qualls's art styles....Back matter includes an author and artist's note explaining the importance of this topic. A much-needed work on a historical court case that made the ultimate difference on mixed race families that will resonate with contemporary civil rights battles." -- Shelley Diaz, School Library Journal