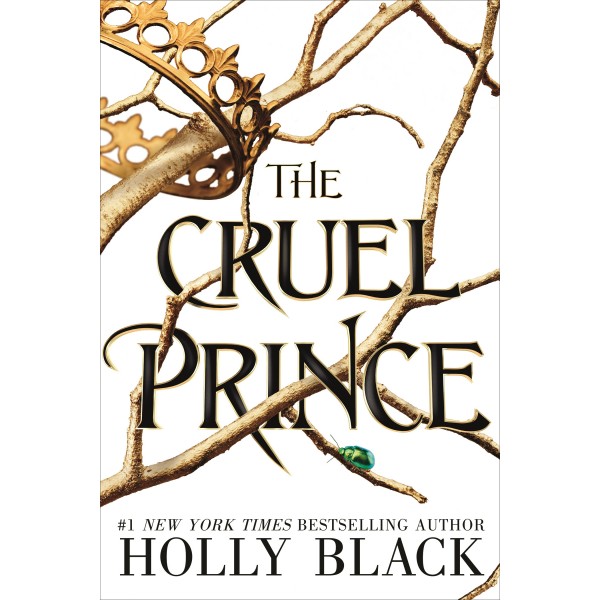 Jude was seven years old when her parents were murdered and she and her two sisters were stolen away to live in the treacherous High Court of Faerie. Ten years later, Jude wants nothing more than to belong there, despite her mortality. But many of the fey despise humans. Especially Prince Cardan, the youngest and wickedest son of the High King. To win a place at the Court, she must defy him — and face the consequences.

In doing so, she becomes embroiled in palace intrigues and deceptions, discovering her own capacity for bloodshed. But as civil war threatens to drown the Courts of Faerie in violence, Jude will need to risk her life in a dangerous alliance to save her sisters, and Faerie itself. This first book in a stunning series by bestselling author Holly Black is set in an absorbing world of politics, magic, and adventure. The Folk of the Air trilogy continues with The Wicked King and concludes with Queen of Nothing.

"This intricate realm is filled with beautiful, blood-thirsty, playful, and powerful faeries who seem to have no patience or use for humans beyond enslaving them with magic. Despite this, Jude is determined to earn respect and a place in it all by becoming a knight.... Jude is a mighty heroine; strong, smart, cunning, and yet completely vulnerable. Teens meet her as she's no longer interested in restraining her emotions and actions and is willing to give up anything in order to work for what she wants, which makes for a powerful and dangerous damsel getting herself out of distress. Another fantastic, deeply engaging, and all-consuming work from Black that belongs on all YA shelves." — Emily Moore, School Library Journal