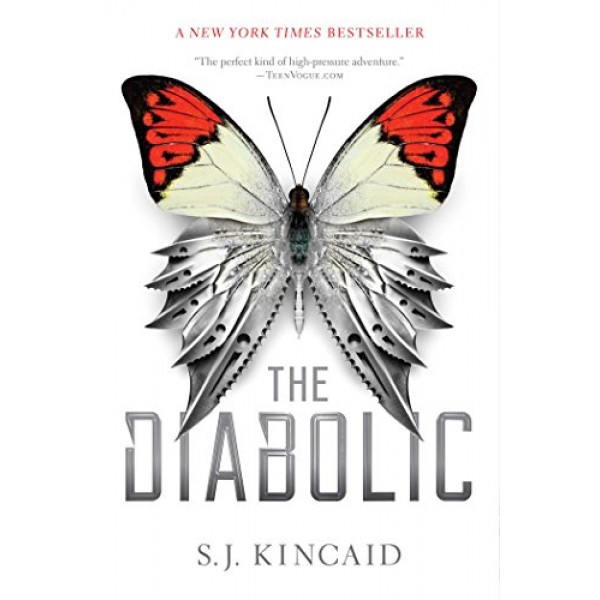 Nemesis is a Diabolic, a humanoid teenager created to protect a galactic senator's daughter, Sidonia. The two have grown up side by side, but are in no way sisters. Nemesis is expected to give her life for Sidonia, and she would do so gladly. She would also take as many lives as necessary to keep Sidonia safe. When the power-mad Emperor learns Sidonia's father is participating in a rebellion, he summons Sidonia to the Galactic court. She is to serve as a hostage. Now, there is only one way for Nemesis to protect Sidonia. She must become her.

Nemesis travels to the court disguised as Sidonia -- a killing machine masquerading in a world of corrupt politicians and two-faced senators' children. It's a nest of vipers with threats on every side, but Nemesis must keep her true abilities a secret or risk everything. As the Empire begins to fracture and rebellion looms closer, Nemesis learns there is something more to her than just deadly force. She finds a humanity truer than what she encounters from most humans. Amidst all the danger, action, and intrigue, her humanity just might be the thing that saves her life -- and the empire.

"Kincaid has crafted incredible characters who readers can relate to and care for even if they range from privileged, bratty children to creations designed to kill. The imagery used in establishing these protagonists and the complex setting will thrill the YA audience....This story of friendship, love, loss, suspense, and galactic beings will grab the attention of sci-fi fans and general readers alike." — Jessica Strefling, School Library Journal