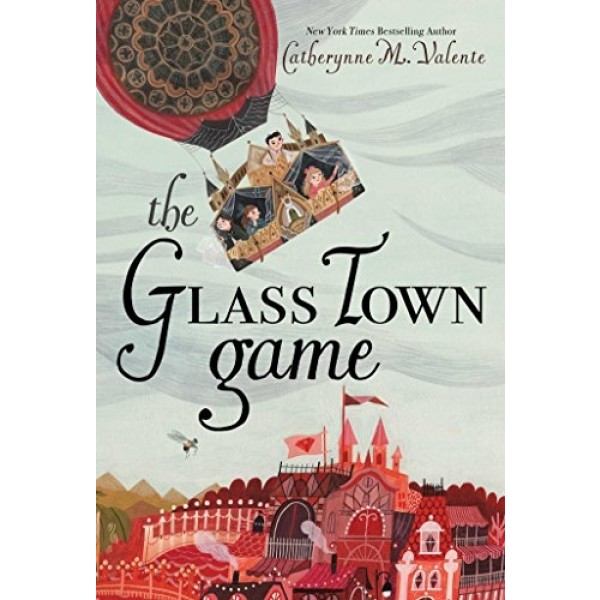 Inside a small Yorkshire parsonage, Charlotte, Branwell, Emily, and Anne Brontë have invented a game called Glass Town, where their toy soldiers fight Napoleon and no one dies. This make-believe land helps the four escape from a harsh reality: Charlotte and Emily are being sent away to a dangerous boarding school, a school they might not return from. But on this Beastliest Day, the day Anne and Branwell walk their sisters to the train station, something incredible happens: the train whisks them all away to a real Glass Town, and the children trade the moors for a wonderland all their own.

This is their Glass Town, exactly like they envisioned it...almost. They certainly never gave Napoleon a fire-breathing porcelain rooster instead of a horse. And their soldiers can die; wars are fought over the potion that raises the dead, a potion Anne would very much like to bring back to England. But when Anne and Branwell are kidnapped, Charlotte and Emily must find a way to save their siblings. Can two English girls stand against Napoleon's armies, especially now that he has a new weapon from the real world? And if he escapes Glass Town, will England ever be safe again?

From the author of The Girl Who Circumnavigated Fairyland in a Ship of Her Own Making comes this magical celebration of authorship, creativity, and classic literature.

"Valente seizes [her] irresistible premise and careens off merrily, in gorgeous, coruscating prose spangled with groanworthy puns, extravagant metaphors, whimsical imagery, literary nods, and historical references. Beyond the sly allusions, sufficient to delight the most devoted Brontë-phile, it is the vivid, achingly real, personalities — brilliant, bossy Charlotte; wild, passionate Emily; gentle, perceptive Anne; and bullying, insecure Branwell — that compel attention. Unfolding against a background of loss and fear, their madcap fairy-tale adventures deepen into a heartbreaking keen of brutality and grief, at the last transposing into an exhilarating, bittersweet paean to identity, agency, and (inevitably) the power of storytelling." -- Kirkus Reviews