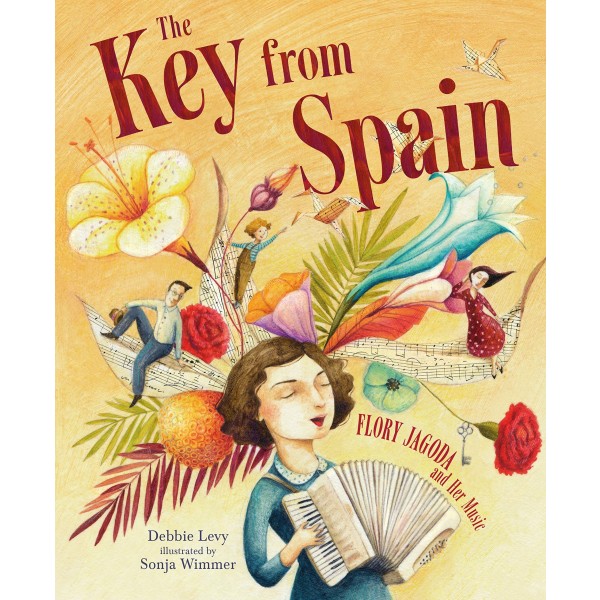 The Key From Spain: Flory Jagoda and Her Music

Flory's Judeo-Spanish ancestors were forced to leave Spain during the time of the Spanish Inquisition, when all practicing Jews were ordered out of the country. They took two precious possessions: the key to their old house and the Ladino language. They settled in Bosnia, where they thought they would be safe. But when the Nazis invade during World War II, the family isn't safe there, either. Flory had to flee Europe to begin a new life in the United States, and carried Ladino with her, along with her other precious possessions — her harmoniku and her music. But what of the key?

This beautiful picture book biography tells the story of Ladino singer Flory Jagoda, and how her music helped her preserve her Baltic Jewish culture — and introduce it to her new country.