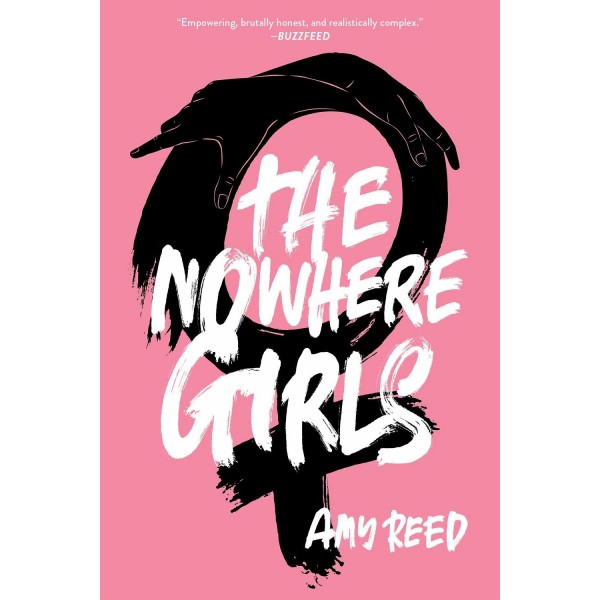 Who are the Nowhere Girls? They're everygirl. But they start with just three. Grace Salter is the new girl in town, whose family was run out of their former community after her southern Baptist preacher mom turned into a radical liberal after falling off a horse and bumping her head. Rosina Suarez is the queer punk girl in a conservative Mexican immigrant family, who dreams of a life playing music. Erin Delillo is obsessed with two things: marine biology and Star Trek: The Next Generation, but they aren't enough to distract her from her suspicion that she may in fact be an android.

When Grace learns that Lucy Moynihan, the former occupant of her new home, was run out of town for having accused the popular guys at school of gang rape, she's incensed that Lucy never had justice. Rosina and Erin feel equally deeply about Lucy's tragedy, so they form an anonymous group of girls at Prescott High to resist the sexist culture at their school, which includes boycotting sex of any kind with the male students. Told in alternating perspectives, this this searing and timely story is an indictment of rape culture and explores, with bold honesty, the deepest questions about teen girls and sexuality.

"Reed’s refusal to shy away from the entrenched realities of sexism as well as the oft-overlooked erasure of intersectionality within feminism yields a highly nuanced and self-reflective narrative that captures rape culture’s ubiquitous harm without swerving into didactic, one-size-fits-all solutions or relying on false notions of homogenous young womanhood. Scandal, justice, romance, sex positivity, subversive anti-sexism — just try to put it down." — Kirkus Reviews