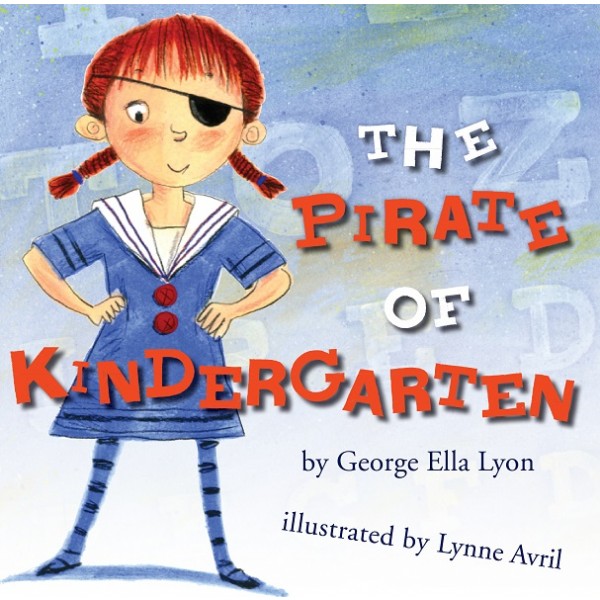 The Pirate of Kindergarten

Doubles are good for lots of things — double scoops of ice cream, double features at the movies. But double vision is NOT a good kind of double. In fact, it can make kindergarten kind of hard. Ginny sees double chairs at reading circle and double words in her books. She knows that only half of what she sees is real, but which half?

The solution to her problem is wondrously simple: an eye patch! Ginny becomes the pirate of kindergarten.With the help of her pirate patch, Ginny can read, run, and even snip her scissors with double the speed! Vibrant illustrations from Lynne Avril capture the realities of what Ginny sees both before and after. It's a clever introduction to a frequent vision issue and a reminder to kids that people can literally see the world differently.

"Based on Lyon’s own experience, the sensitively written story radiates empathy and good humor. Even children who have not experienced Ginny’s problem will understand her occasional frustration and find it intriguing that one person can literally see the world differently from another." — Booklist