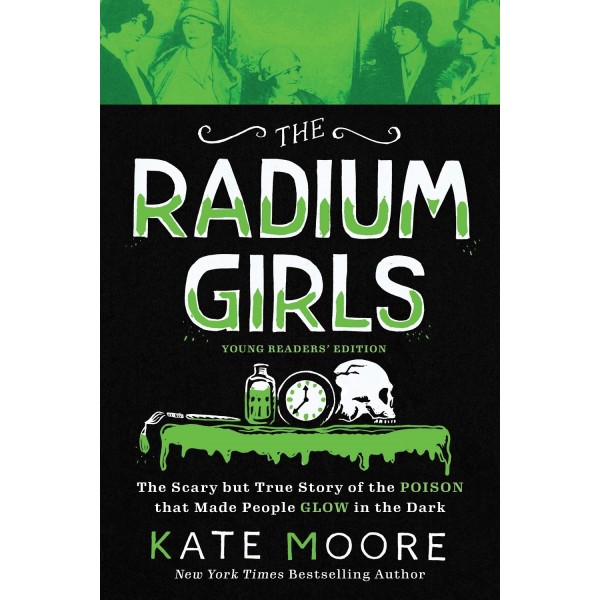 Amid the excitement of the early twentieth century, hundreds of young women spend their days hard at work painting watch dials with glow-in-the-dark radium paint. The painters consider themselves lucky ― until they start suffering from a mysterious illness. As the corporations try to cover up a shocking secret, these shining girls suddenly find themselves at the center of a deadly scandal.

Company management had long known the dangers these young women faced, but they never informed them. Worse, when the women began to speak up, demanding the company help the workers they had injured, company representatives slandered them, implying that they were actually dying of syphilis, not radium poisoning. With their days numbered, and more of them dying every month, the Radium Girls knew they didn't have long to force the companies to acknowledge what they had done — and ensure it could never happen again.

This inspiring and engaging historical nonfiction book, adapted from the acclaimed national bestseller The Radium Girls, tells the story of America's glowing girls and their brave fight for justice, including all-new material, including a glossary, timeline, and dozens of bonus photos.