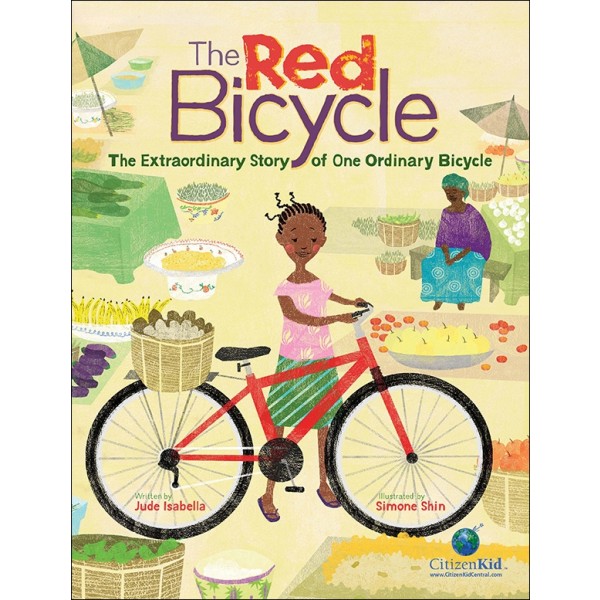 The Red Bicycle: The Extraordinary Story of One Ordinary Bicycle

A red bicycle that starts its life in North America, owned and ridden by a young boy named Leo who treasures it and calls it Big Read. But eventually Leo outgrows Big Red, and he decides to donate it to an organization that ships bicycles to Africa. Big Red is sent to Burkina Faso, in West Africa, where it finds a home with Alisetta, who uses it to gain quicker access to her family's sorghum field and to the market. Then, over time, it finds its way to a young woman named Haridata, who has a new purpose for the bicycle — renamed Le Grand Rouge — delivering medications and bringing sick people to the hospital.

Through the story of one bicycle's many lives, author Jude Isabella shows how one ordinary bicycle — and a child's desire to make a difference — can change lives across the world. Award-winning illustrator Simone Shin's digitally composed artwork includes evocative depictions of Alisetta's and Haridata's communities in rural Africa. With its map of Big Red's travels and its suggestions for service projects kids can participate in, this book provides a model for expanding caring, compassion and empathy to include the wider world.