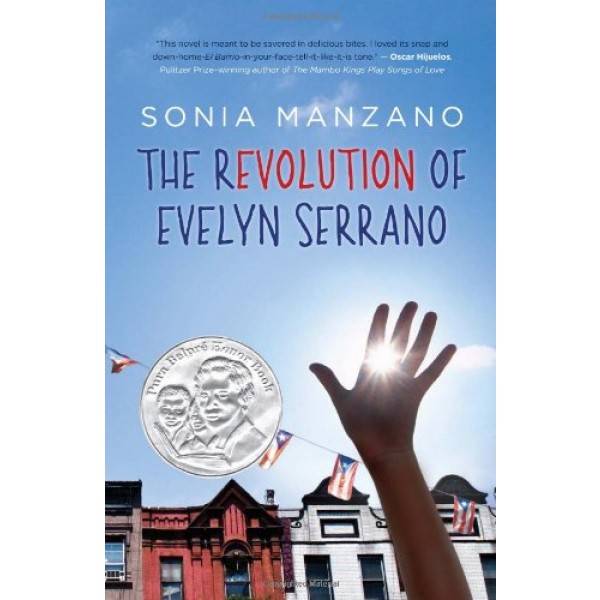 The Revolution of Evelyn Serrano

There are two secrets Evelyn Serrano is keeping from her Mami and Papi: her true feelings about growing up in her Spanish Harlem neighborhood, and her attitude about Abuela, her sassy grandmother who's come from Puerto Rico to live with them. Then, like an urgent ticking clock, events erupt that change everything. The Young Lords, a Puerto Rican activist group, dump garbage in the street and set it on fire, igniting a powerful protest. When Abuela steps in to take charge, Evelyn is thrust into the action. Tempers flare, loyalties are tested. Through it all, Evelyn learns important truths about her Latino heritage and the history makers who shaped a nation.

One of America's most influential Hispanic people -- who played 'Maria' on Sesame Street -- presents a powerful novel set in New York's El Barrio in 1969. Infused with actual news accounts from the time period, Sonia Manzano has crafted a gripping work of fiction based on her own life growing up during a fiery, unforgettable time in America, when young Latinos took control of their destinies.