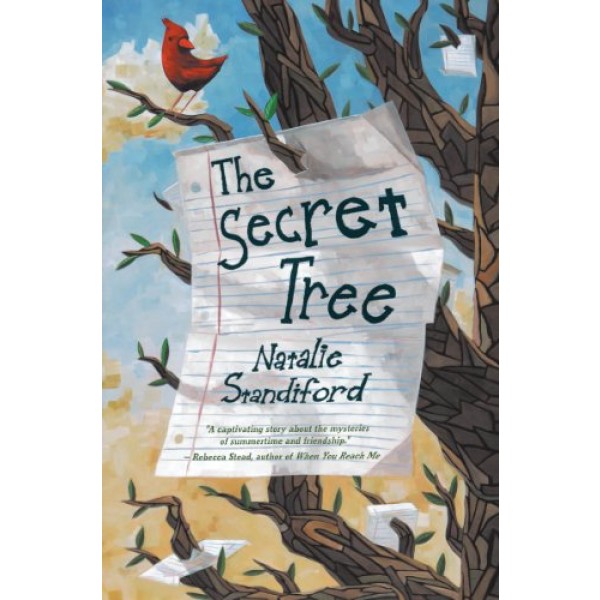 Minty's neighborhood is full of mysteries. There's the Witch House, a spooky old farmhouse on the other side of woods from where Minty and her best friend, Paz, live. There's the Man Bat, a seven-foot-tall half man, half bat who is rumored to fly through the woods. And there are the Mean Boys, David and Troy, who torment Minty for no reason, and her boy-crazy older sister, Thea, who acts weirder and weirder.

One day Minty spots a flash in the woods, and when she chases after it, she discovers a new mystery — a Secret Tree, with a hollow trunk that holds the secrets of everyone in the neighborhood. Secrets like: "I put a curse on my enemy. And it's working." Or "I'm betraying my best friend in a terrible way." Or "No one loves me except my goldfish." It turns out another neighbor, Raymond, knows the tree too, and together they set out to find who owns each secret — and fix the problem if they can. This emotionally-rich story about the changing nature of life and relationships will speak to many young readers.

"Filled with summertime warmth and a neighborhood full of characters that readers will wish lived next door, Standiford’s (Confessions of the Sullivan Sisters) story delights and satisfies... The intimate neighborhood setting — with its mysteries, superstitions, and traditions — the authenticity of Minty’s voice, and her worries about the transitioning nature of her life and friendships give Standiford’s story a richness that will stay with readers." — Sarah Burnes, Publishers Weekly