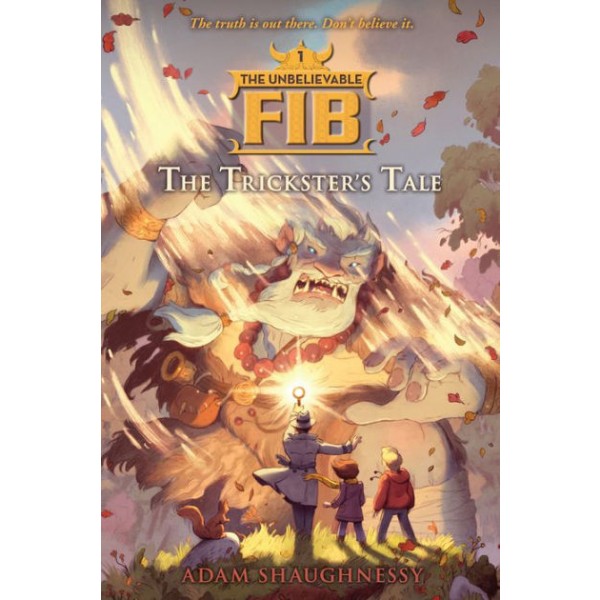 The Unbelievable FiB: The Trickster's Tale

Dark clouds and ominous thunder have been hanging over Middleton for days. Some say it's just bad weather, but eleven-year-old Pru will soon learn that it's much, much more dangerous than that. Mythical beings are invading her usually ordinary town, and it's up to Pru and newcomer ABE -- with help from an uncommonly rude squirrel and the mysterious Mister Fox -- to save their home from being destroyed by battling Norse gods.

To do that, they'll have to outrun trolls and enter worlds of myth and magic. When the pair find themselves locked in a battle against a dangerously clever enemy, they race to find the lost Eye of Odin, source of all knowledge--and the key to stopping a war that could destroy both human and immortal realms.

"In a vein similar to 'Percy Jackson,' the 'Imaginary Veterinary' books, and even Men In Black, this strong debut is shaping up to be an intriguing series. Shaughnessy seamlessly blends Norse and Russian mythologies with the genres of mystery, fantasy, and adventure all the while hitting upon some deeper personal issues such as loss and self-awareness....A creative, fun mystery that combines a variety of genres and deeper themes." — Rebecca Gueorguiev, School Library Journal