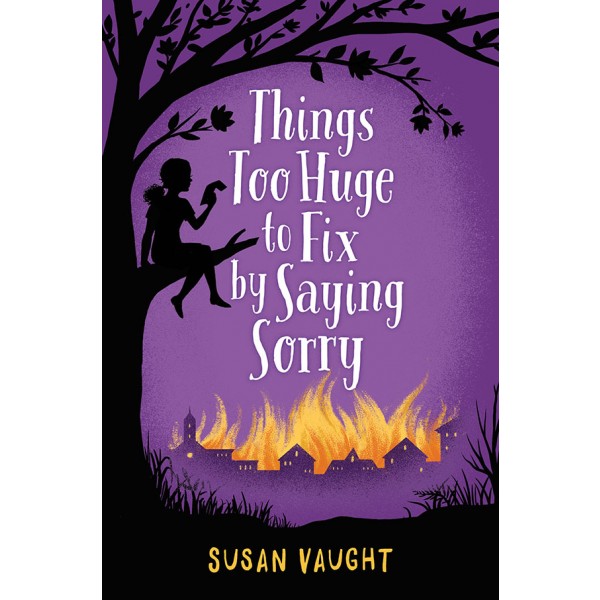 Things Too Huge To Fix By Saying Sorry

"Sooner or later, we're all gonna be okay." That's what Dani's Grandma Beans used to say. But that was before she got Alzheimer's. Lately, Dani isn't so sure Grandma Beans was right. In fact, she isn't sure of a lot of things, like why Mac Richardson suddenly doesn't want to be her friend, and why Grandma Beans and Avadelle Richardson haven't spoken in decades.

Lately, Grandma Beans doesn't make a lot of sense. But when she tells Dani to find a secret key and envelope that she's hidden, Dani can't ignore her. So she investigates, with the help of her friend, Indri, and her not-friend, Mac. Their investigation takes them deep into the history of Oxford, Mississippi, and the riots surrounding the desegregation of Ole Miss. The deeper they dig, the more secrets they uncover. Were Grandma Beans and Avadelle at Ole Miss the night of the Meredith Riot? And why would they keep it a secret? History and present day collide in this mystery that explores how echoes of the past can have profound consequences.

"The eye-opening 1960s segments offer a new perspective to kids today, whose knowledge of the Jim Crow era and civil rights movement is often sanitized and perfunctory. Light dawns for Dani when she begins to see the history of her Oxford, Mississippi, community more vividly and understand her parents’ concerns for her as a biracial girl in the South today. Combining middle-school mystery and civil rights history with reflections on dying, friendship, and the ethics of writing another’s story from a racially different perspective, this novel is ambitious, thought provoking, and very readable." — Carolyn Phelan, Booklist