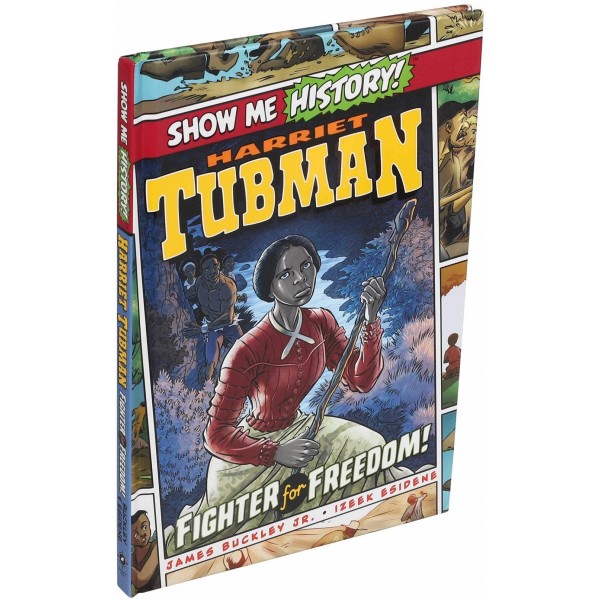 Harriet Tubman suffered the atrocities of being enslaved until she finally escaped. Then she headed back into the South, helping about 70 slaves find freedom on more than a dozen dangerous journeys along an elaborate abolitionist network called the Underground Railroad. And she spoke out for women's rights, too, fighting for everyone's right to have a voice.

This graphic biography from the Show Me History! series introduces young readers to Tubman's remarkable life story. With its full-color illustrations and historically accurate text, it draws readers in to Tubman's courageous escape, her daring work for the Abolitionist movement, and her support for the Union during the Civil War. It's an exciting, nuanced, and powerful look at one of America's greatest heroes.