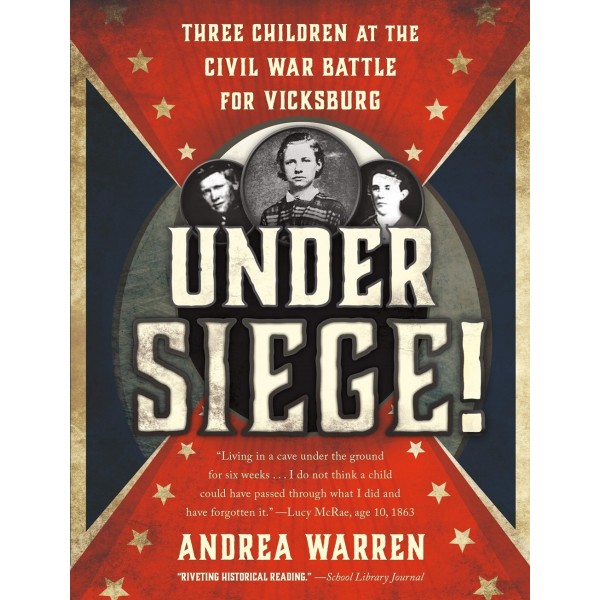 Under Siege!: Three Children at the Civil War Battle for Vicksburg

Meet Lucy McRae and two other young people, Willie Lord and Frederick Grant, all survivors of the Civil War's Battle for Vicksburg. In 1863, Union troops intend to silence the cannons guarding the Mississippi River at Vicksburg -- even if they have to take the city by siege. To hasten surrender, they are shelling Vicksburg night and day. Terrified townspeople, including Lucy and Willie, take shelter in caves -- enduring heat, snakes, and near suffocation. On the Union side, twelve-year-old Frederick Grant has come to visit his father, General Ulysses S. Grant, only to find himself in the midst of battle, experiencing firsthand the horrors of war.

Period photographs, engravings, and maps extend this dramatic story as award-winning author Andrea Warren re-creates one of the most important Civil War battles through the eyes of ordinary townspeople, officers and enlisted men from both sides, and, above all, three brave children who were there.