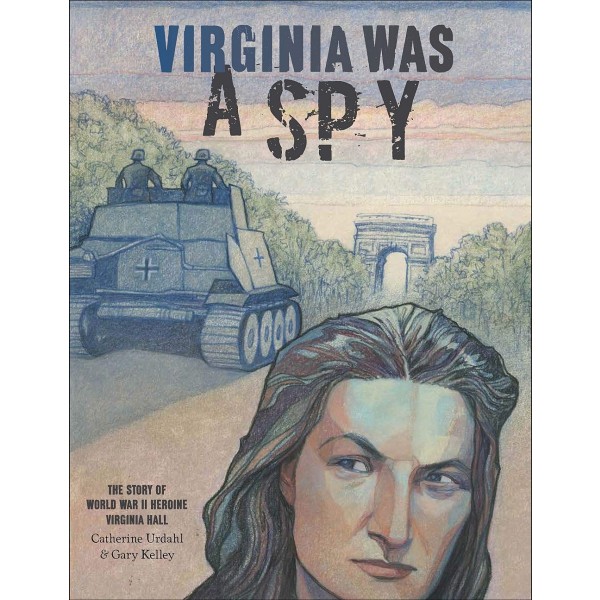 Virginia Was a Spy

Growing up in Baltimore, Virginia Hall loved adventure: she loved to hunt, fish, and hike. She dreamed of working for the U.S. Foreign Service, but after a hunting accident, her leg had to be amputated, and they told her she'd have to work behind a desk. Instead, she learned to walk with a wooden prosthesis, moved to Paris, and, when World War II broke out, became a spy! Hall worked for both Britain and the US, gathering critical information and evading the Nazis who only knew her as the Limping Lady.

This picture book introduces a bold and intriguing woman who insisted on being herself! Realistic illustrations, complete with near-misses as Hall evades the officers hunting for the spy, create a suspenseful atmosphere, while the text emphasizes that, no matter what, "Virginia was Virginia." It's a fitting tribute to the girl from Baltimore who refused to let others tell her how she would live.