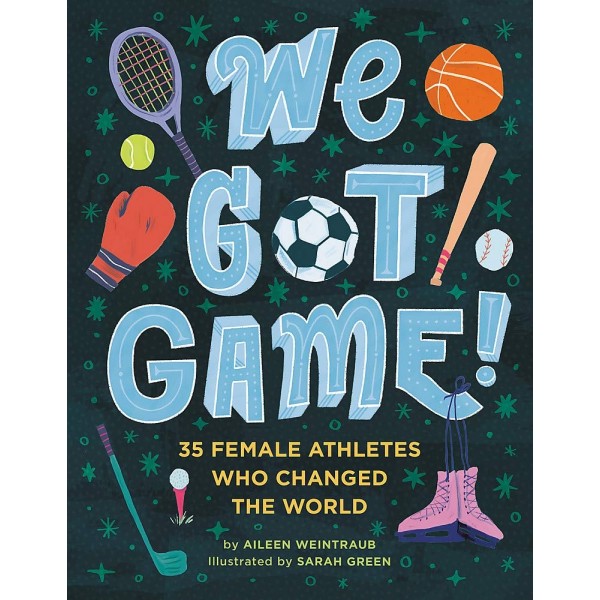 We Got Game!: 35 Female Athletes Who Changed the World

Do you play sports? Maybe you dream about scoring a goal on the soccer field or hitting a home run in baseball. Perhaps you're thinking about trying a new sport, but you're still not sure. In We Got Game! you'll meet thirty-five female athletes who played hard, broke records, and inspired girls around the world. Some of these athletes have retired. Others are still competing. But they have one thing in common: they all got game!

You'll read about the first woman horse jockey to compete in the Kentucky Derby, the number one tennis player in the world, a surfer who lost her arm in a shark attack, and a snow boarder who landed a death-defying jump, along with many others. Featuring figures like Simone Biles, Misty Copeland, Tatyana McFadden, Megan Rapinoe, and many more, these female athletes prove that girls can do anything!