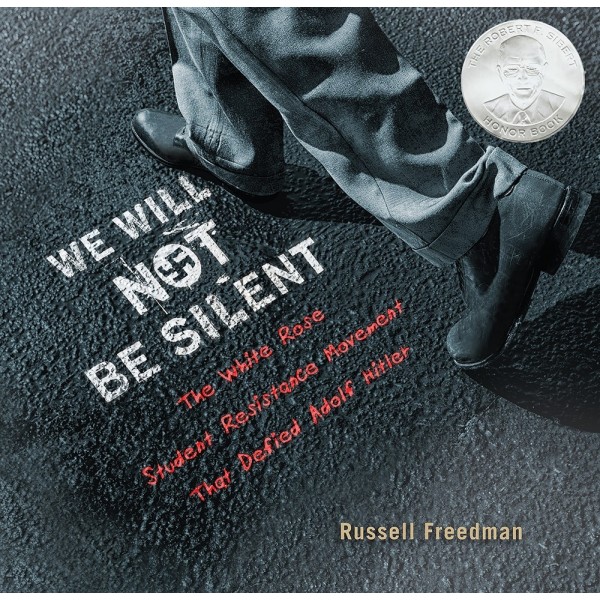 We Will Not Be Silent

In his signature eloquent prose, backed up by thorough research, Russell Freedman tells the story of the anti-Nazi heroes, Sophie and Hans Scholl. Growing up in Germany, the siblings belonged to Hitler Youth as young children, but began to doubt the Nazi regime. As older students, the Scholls and a few friends formed the White Rose, a campaign of active resistance to Hitler and the Nazis.

Risking imprisonment or even execution, the White Rose members distributed leaflets urging Germans to defy the Nazi government. Their belief that freedom was worth dying for will inspire young readers to stand up for what they believe in. This inspiring book includes archival photographs and prints, source notes, and a bibliography and index.

"The story has its share of dark turns, including arrests, lengthy detentions, and the eventual trial and execution by guillotine of Hans and Sophie. But Freedman treats these aspects gracefully, and the overarching message is one of defiant resistance in the face of overwhelming evil....Stock photos from the period are adeptly interspersed with personal snapshots and portraits to create a strong visual component." -- Bob Hassett, School Library Journal