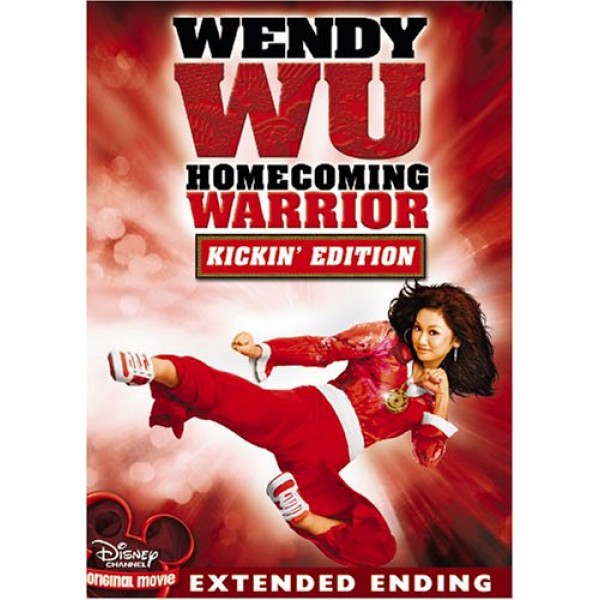 Wendy Wu has only one thing on her mind: winning the crown as this year's homecoming queen. But the arrival of a mysterious young Chinese monk named Shen flips her whole world upside down. As if juggling homework, a hottie boyfriend, and fierce competition for homecoming queen isn't enough, now she's got to seriously train her mind, body, and spirit in all things Kung Fu! Will Wendy discover her own inner warrior and learn what's really important in life? (Big surprise: It's not all about shopping).

Awesome action-adventure and Kung Fu fun is packed into Wendy Wu: Homecoming Warrior,starring Brenda Song (The Suite Life of Zack & Cody). And only this Kickin' Edition DVD has the never-before-seen extended ending, a totally cool behind-the-scenes featurette, and more!

To her friends, Wendy Wu (Brenda Song) is an average teenager with an almost perfect life and a dream of becoming homecoming queen. Chinese legend, on the other hand, declares that Wendy is first and foremost the reincarnation of a powerful woman warrior from the Wei Dynasty who is destined to fight the newly-awakened, evil Yan Lo. When Shen (Shin Koyamada), a most untraditional Buddhist monk, arrives in Fair Springs, California to begin training Wendy in the art of Kung Fu.

Wendy is skeptical and uncooperative until a series of strange events involving her family, friends, and teachers force her to consider her priorities from a whole new perspective. Some serious Kung Fu training whips Wendy's body into shape, but it is her state and strength of mind that will ultimately determine her path and the destiny of the larger world. Disney star Brenda Song (The Suite Life of Zack and Cody) shows true martial arts prowess in this action-packed film as does Shin Koyamada (Constellation). Ashley Tisdale (High School Musical) also plays a supporting role.

Bonus features include an exclusive alternate ending, a look at the intensive martial arts training that predated the film, a cast connections segment that is basically a television biography of Brenda Song, and an episode of The Suite Life of Zach and Cody in which London (Brenda Song) is disastrously enrolled in parochial school and Zach and Cody learn a lesson about spying. (Ages 7 and older) -- Tami Horiuchi