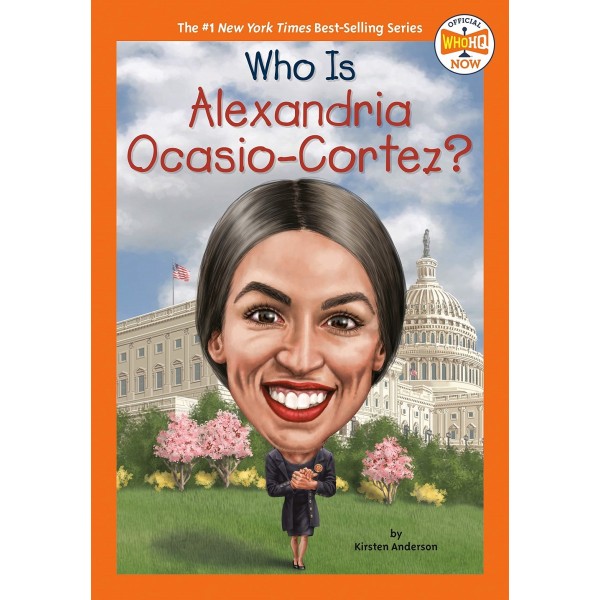 Who Is Alexandria Ocasio-Cortez?

On June 26, 2018, twenty-eight-year-old Alexandria Ocasio-Cortez, a bartender from New York City, became the youngest woman ever elected to serve on Congress. Her win shocked the political world and she became a celebrity overnight, even as some in the political establishment doubted whether she was up for the job. Soon, everyone knew her by her initials: AOC.

As soon as she was sworn into office, AOC became a vocal champion for healthcare for all and the fight against climate change. This exciting story from the Who Was? biography series' WHO HQ Now format, dealing with current events and figures in the news, details the defining moments of what led to Ocasio-Cortez's victory and all the monumental ones since that have shaped her into a smart politician willing to fight for others, the environment, and the future of America.