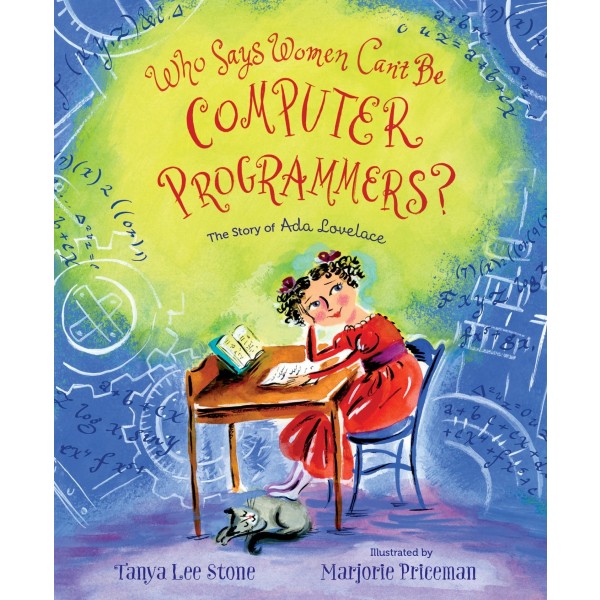 The Story of Ada Lovelace

In the early nineteenth century lived Ada Byron: a young girl with a wild and wonderful imagination. The daughter of internationally acclaimed poet Lord Byron, Ada was tutored in science and mathematics from a very early age. But Ada's imagination was never meant to be tamed and, armed with the fundamentals of math and engineering, she came into her own as a woman of ideas — equal parts mathematician and philosopher.

From her whimsical beginnings as a gifted child to her most sophisticated notes on Charles Babbage's Analytical Engine, in which she created the first algorithm designed to be performed by a computer, this book celebrates the woman recognized today as the first computer programmer.

For more resources about this computing pioneer, visit our Ada Lovelace Collection.

"In a vibrant follow-up to Who Says Women Can’t Be Doctors? (about Elizabeth Blackwell), Stone explores the life of Ada Lovelace, whose imagination rivaled that of her poet father, Lord Byron, to the chagrin of her mother.... Working in her familiar style of bright, swooping gouache illustrations, Priceman fills the pages with numbers, letters, and mathematical computations — at one point, Lovelace soars above the city, borne on angel wings of numerals and symbols. She emerges as an independent innovator whose enthusiasms are contagious, and an afterword offers additional fascinating details." — Publishers Weekly