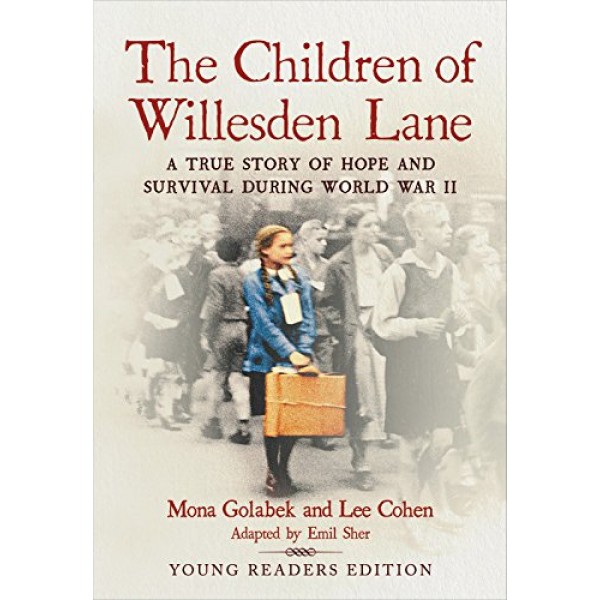 The Children of Willesden Lane: A True Story of Hope and Survival During World War II - Young Readers Edition

Fourteen-year-old Lisa Jura was a musical prodigy who hoped to become a concert pianist. But when Hitler's armies advanced on pre-war Vienna, Lisa's parents were forced to make a difficult decision. Able to secure passage for only one of their three daughters through the Kindertransport, they chose to send gifted Lisa to London for safety.

As she yearned to be reunited with her family while she lived in a home for refugee children on Willesden Lane, Lisa's music became a beacon of hope. A memoir of courage, survival, and the power of music to uplift the human spirit, this compelling tribute to one special young woman and the lives she touched will both educate and inspire young readers.

This book adapts The Children of Willesden Lane: Beyond the Kindertransport - A Memoir of Music, Love, and Survival for middle grade readers.

"One of 10,000 Jewish children sent to England by fearful parents at the dawn of WWII, aspiring pianist Lisa Jura was 14 when her family put her on a Kindertransport train in Vienna. In this alternately heart-wrenching and uplifting story, Jura's daughter, Golabek, a pianist, and writer Cohen trace the six years Jura spent in London, where she found surrogate families in the 31 other young refugees at the Willesden Lane hostel, and in the working-class British women at the East End garment factory that employed her...Jura's struggle to hold herself together on the trip to England and as she makes a life for herself without the guidance of her beloved mother is as bleak as her musical successes are joyful. And the depictions of V-Day are especially vivid: rather than celebrate with the masses, Jura retreats to the hostel. The war may be over, but for her and her fellow young refugees waiting to learn the fate of their families, the tragedy will continue." -- Publishers Weekly