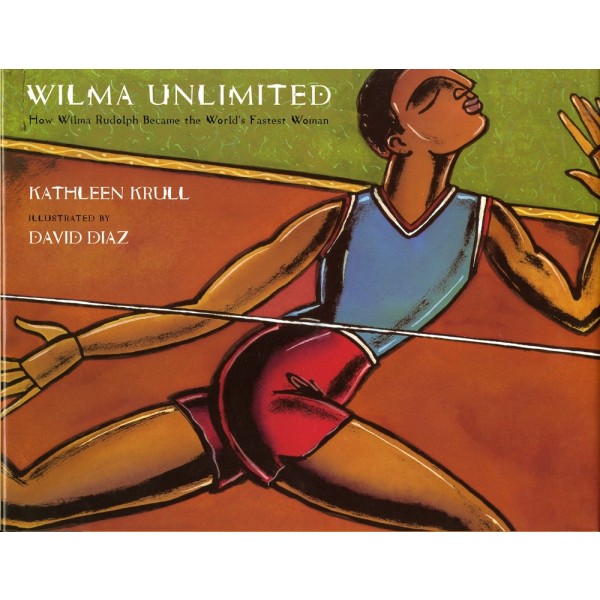 Wilma Rudolph was born small, but she was a fighter. When she was four years old, polio paralyzed her left leg, and doctors said she would never walk again. But Wilma refused to believe it. Not only would she walk again, she vowed, she'd run.

Despite suffering other illnesses as she recovered, Wilma taught herself to walk without a brace by the time she was 12. Then she started to run — and she was fast. She ran all the way to the Olympics, where she became the first American woman to earn three gold medals in a single Olympiad — and became known as the fastest woman in the world. This vibrant and inspirational picture book celebrates the courage and determination of this trailblazing athlete.

"It is to Krull's credit that though her telling is affecting, it is also crisp and matter of fact, very much in the spirit of Rudolph's deep day-to-day determination. However, the real impact of this book lies in the potent melding of powerful prose with Diaz's stunning artwork. His watercolor and acrylic illustrations with definite black outlining create a stained-glass effect, and the paintings themselves are backed on sepia photographs that relate to the text.... Children will listen raptly to this inspirational tale." — School Library Journal