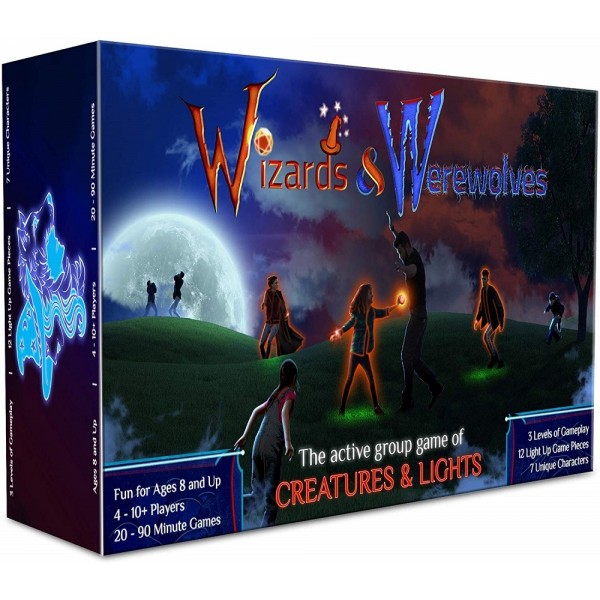 Wizards and Werewolves Active Glow In The Dark Game

Introducing Wizards & Werewolves, an epic team-based game from Starlux Games that pits two mythical forces against each other in an exciting backyard battle of speed, skill and wits! Play as a Wizard and embark on a perilous journey to capture glowing magical crystals and lead your team to victory. Or bare your teeth and howl as you join the Werewolves, guarding the crystals and hunting down Wizards until all have been forced to join your dark ways.

This set for 4 to 10 players provides everything you need to play this fast-paced outdoor game that will your group's pulses racing and imaginations soaring! Included in the box are five Wizard armbands, a Moon Crystal, 4 field markers, and two Star Crystals — all of which glow in the dark — as well as a rulebook that includes three different game variants.