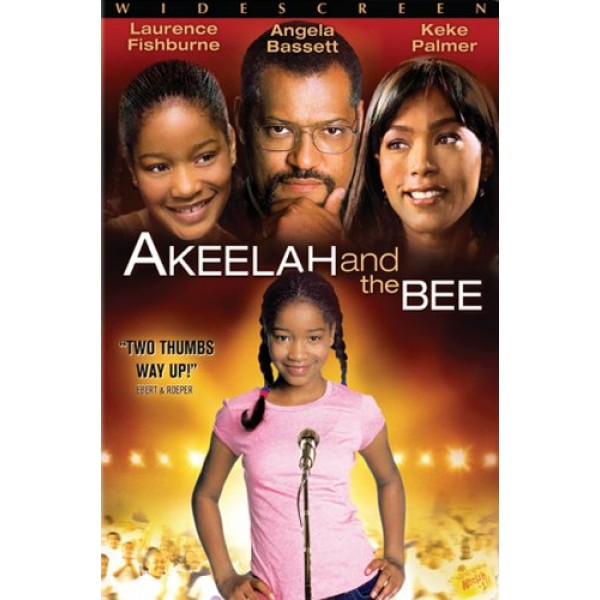 Akeelah and the Bee

An inspirational drama, Akeelah and the Bee is the story of Akeelah Anderson (Keke Palmer), a precocious eleven-year-old girl from south Los Angeles with a gift for words. Despite the objections of her mother Tanya (Angela Bassett), Akeelah enters various spelling contests, for which she is tutored by the forthright Dr. Larabee (Laurence Fishburne); her principal Mr. Welch (Curtis Armstrong) and the proud residents of her neighborhood.

Akeelah's aptitude earns her an opportunity to compete for a spot in the Scripps National Spelling Bee and in turn unites her neighborhood who witness the courage and inspiration of one amazing little girl.

There aren't enough superlatives in the dictionary to describe the excellence of Akeelah and the Bee. Superbly written and directed by Doug Atchison, this PG-rated family drama covers the same dramatic territory as the acclaimed 2002 documentary Spellbound and the 2005 drama Bee Season, but the fictional story of 11-year-old Akeelah Anderson (Keke Palmer) is, if anything, even more entertaining, inspiring, and full of hope for the potential of children everywhere. Although reluctant at first (and fearful of being labeled a "brainiac" by classmates at her under-funded middle school in South Central Los Angeles), Akeelah grows determined to win the district, regional, and ultimately the Scripps National Spelling Bee, aided by the able coaching of an English professor (Laurence Fishburne) who, like Akeelah's overworked single mother (Angela Bassett) is slowly recovering from a devastating personal loss.

Structured like a conventional sports drama, Akeelah and the Bee rises above its generic trappings to become an uplifting and deeply moving study of friendship, pride, fair play, and above all, the value of self-confidence and realization that there's more to life than winning. As played by the young Palmer in an award-worthy performance, Akeelah is a winner in the best sense of the word, and so is this wonderfully positive movie. -- Jeff Shannon