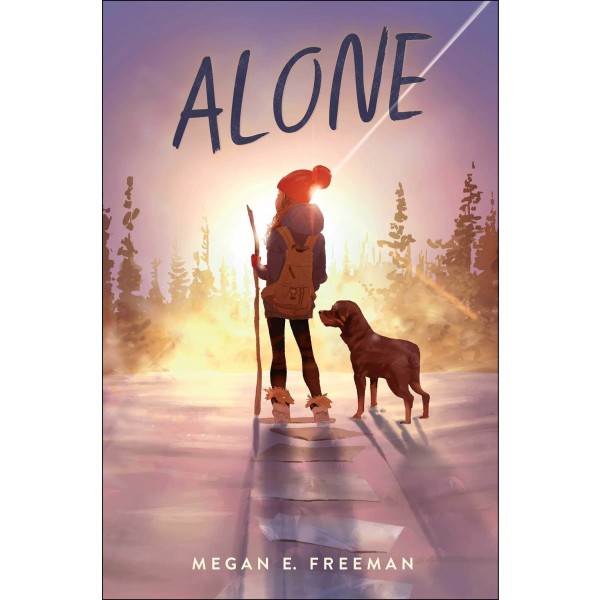 When twelve-year-old Maddie hatches a scheme for a secret sleepover with her two best friends, she ends up waking up to a nightmare. She’s alone — left behind in a town that has been mysteriously evacuated and abandoned.

With no one to rely on, no power, and no working phone lines or internet access, Maddie slowly learns to survive on her own. Her only companions are a Rottweiler named George and all the books she can read. After a rough start, Maddie learns to trust her own ingenuity and invents clever ways to survive in a place that has been deserted and forgotten.

As months pass, she escapes natural disasters, looters, and wild animals. But Maddie’s most formidable enemy is the crushing loneliness she faces every day. Can Maddie’s stubborn will to survive carry her through the most frightening experience of her life? This harrowing middle grade novel-in-verse from a Pushcart Prize–nominated poet is perfect for fans of Hatchet and the I Survived series.

"After rescuing a neighbor’s dog, her only companion, she becomes increasingly sophisticated in her survival efforts, collecting food and water, learning how to light a fire in her father’s woodstove and, bicycle helmet secured in place, teaching herself to drive a car. Not everything works. At one point she encounters but evades a vicious group of looters.... Madeleine relates her own riveting, immersive story in believable detail, her increasingly sophisticated thoughts, as years pass, sweeping down spare pages in thin lines of verse in this Hatchet for a new age." — Kirkus Reviews