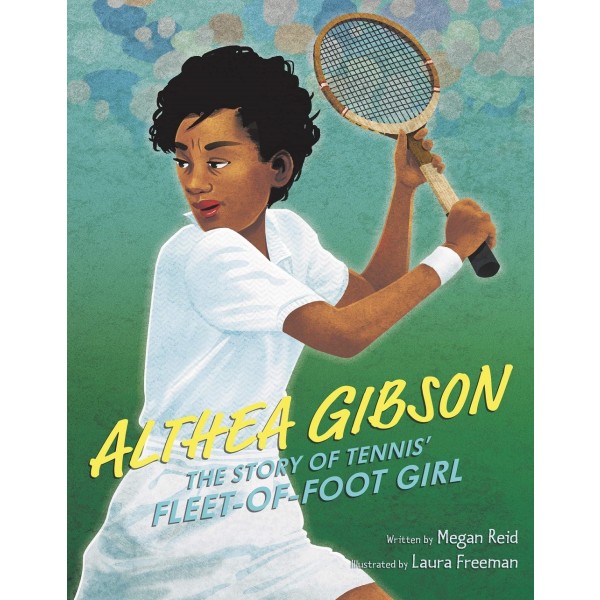 Althea Gibson was the quickest, tallest, most fearless athlete in 1940s Harlem. She couldn't sit still! When she put her mind to it, the fleet-of-foot girl reigned supreme at every sport — stickball with the boys, basketball with the girls, paddle tennis with anyone who would hit with her. But being the quickest, tallest, most fearless player in Harlem wasn't enough for Althea. She knew she could be a tennis champion.

Because of segregation, black people weren't allowed to compete against white people in sports. Althea didn't care. She just wanted to play tennis against the best athletes in the world. And with skill and determination, she did just that, eventually becoming the first black person — man or woman — to win a trophy at Wimbledon.

This spirited picture book biography from debut author Megan Reid and Coretta Scott King Honor–winning illustrator Laura Freeman chronicles this trailblazing athlete's journey — and the talent, force of spirit, and energy that made it possible for her to break barriers and ascend to the top of the tennis world.

"In this picture book biography of the tennis legend, Reid emphasizes Gibson’s athleticism and tenacity, tracing her journey from the tennis courts of Harlem’s Cosmopolitan Tennis Club, where she did odd jobs to pay for lessons, to winning titles on the elite grass of Wimbledon despite structural racism and prejudice.... Freeman’s crisp, stylized illustrations distill dramatic moments into kinetic images." — Publishers Weekly