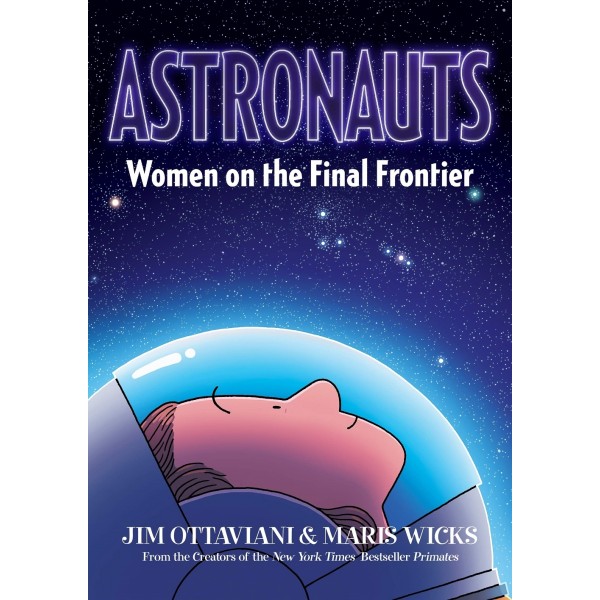 Astronauts: Women on the Final Frontier

The U.S. may have put the first man on the moon, but it was the Soviet space program that made Valentina Tereshkova the first woman in space. It took years to catch up, but soon NASA's first female astronauts were racing past milestones of their own. The trail-blazing women of Group 9, NASA's first mixed gender class, had the challenging task of convincing the powers that be that a woman's place is in space, but they discovered that NASA had plenty to learn about how to make space travel possible for everyone.

In the graphic novel Astronauts: Women on the Final Frontier, Jim Ottaviani and illustrator Maris Wicks, the author / illustrator pair behind Primates: The Fearless Science of Jane Goodall, Dian Fossey, and Biruté Galdikas, capture the great humor and incredible drive of Mary Cleave, Valentina Tereshkova, and the first women in space.

"Lively cartoon panels depict multiple stories, from the Mercury 13 and Women in Space Program, which dead-ends amid the U.S. race; to Soviet cosmonaut Valentina Tereshkova’s milestone flight as the first female in space; and, finally, to the recruitment and training of American women astronauts, including Sally Ride, in the 1970s. Tying all of these stories together is the narrative voice, that of former U.S. astronaut Mary Cleave, whom the authors interviewed extensively.... Wicks and Ottaviani skillfully capture Cleave’s infectious enthusiasm up to the last page." — Publishers Weekly