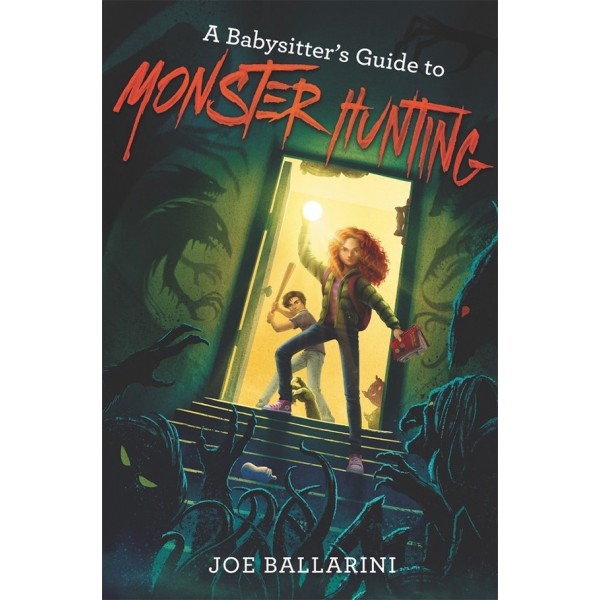 A Babysitter's Guide to Monster Hunting

When middle schooler Kelly Ferguson's Halloween plans switch from party-going to babysitting, she thinks the scariest part of her night will be the death of her social life. But then Baby Jacob gets kidnapped by the Boogeyman's minions and Kelly learns there's a whole lot more to childcare than free snacks and Netflix. Like chasing shadow monsters, drop-kicking Toadies, and mastering monster-fighting moves like the Naptime Headlock and Playground Punch.

Now, with the help of an ancient handbook and a secret society of butt-kicking babysitters, Kelly sets out to destroy the Boogeyman before he brings Jacob's nightmares to life. But when the monsters' trail leads to her school's big Halloween bash, Kelly will have to prove she can save the world — without totally embarrassing herself in front of her friends. The Last Kids on Earth meets Goosebumps in this hilarious new series about a secret society of babysitters who protect kids from the monsters that really do live under their beds!

"The over-the-top humorous action, snarky dialogue, and engaging characters will keep readers hooked. The other babysitters, such as Liz, who is haunted by the disappearance of a sibling, each have interesting backstories. Liz creates A Babysitter's Guide to Monster Hunting, which the sitters refer to when faced with a new threat. Excerpts from this handy manual are sprinkled throughout the narrative, adding an interesting dimension to the storytelling and world-building. With shades of Buffy the Vampire Slayer, this tale of a courageous heroine and her ragtag group of intrepid babysitters battling nightmare-inducing beasts makes for addictive reading." — Julie Shatterly, School Library Journal