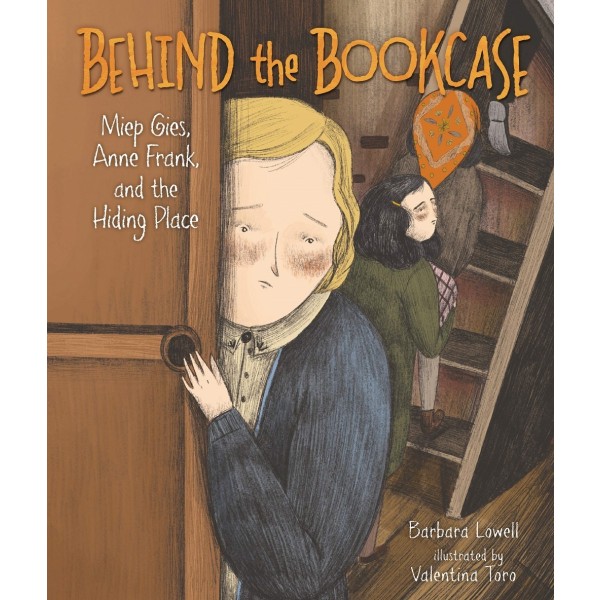 Behind the Bookcase: Miep Gies, Anne Frank, and the Hiding Place

Anne Frank’s diary is a gift to the world — because of Miep Gies. One of the protectors of the Frank family, Miep had great empathy for Anne because she had been displaced from her own home as a child during World War I. She found ways ― like talking about Hollywood gossip and fashion trends ― to engage her.

But try as she might, Miep was not able to keep the Frank family hidden safely forever. Miep recovered the diary after the family was discovered by Nazis, and then returned it to Otto Frank, Anne's father and the only surviving member of the family, after World War II. The story of their relationship ― and the impending danger to the family in hiding ― unfolds in this unique perspective of Anne Frank’s widely known story.

"[This biography] focuses on smaller moments: Anne’s learning to walk, and then sashay, in high heels. Anne’s decorating the walls, comically, with pictures of chimpanzees. The book focuses in particular on Miep Gies, the gentile woman who helped them and then found the diary.... Toro’s illustrations, however, make every scene haunting, with dark shadows on the Franks’ faces, as though they’re covered with ash." — Kirkus Reviews