'Shark Lady' Eugenie Clark was one of the foremost shark experts of her generation.

When Eugenie Clark was applying for graduate school at Columbia University, a scientist there told her, "If you do finish, you will probably get married, have a bunch of kids, and never do anything in science after we have invested our time and money in you." Instead, she earned a PhD from New York University, and went on to become known as the "Shark Lady," one of the leading marine biologists of her generation! Clark's pioneering research on sharks, an animal that had enthralled her since she was a child, helped changed attitudes towards these misunderstood creatures and emphasized the importance of caring for our oceans. "I don't get philosophical. Love fish. Love sharks," she once wrote. "Keep the water and their habitats as clean and protected as possible."

Born in New York City in 1922, Clark was the daughter of a Japanese mother and an American father, and she credited Japanese culture's love of the ocean for fostering her early interest in marine biology. As a young child, she often spent her Saturdays at the New York Aquarium imagining what it would be like to swim with the sharks. But early on, she got a taste of the sexism she would face for much of her career. "As a child, [marine biologist and explorer] William Beebe was my hero, and I used to read about him going down in the bathysphere, and I wanted to do that too," she recalled. "And I told my family... and they said, 'Well, maybe you can take up typing and get to be the secretary of William Beebe or somebody like him.'" 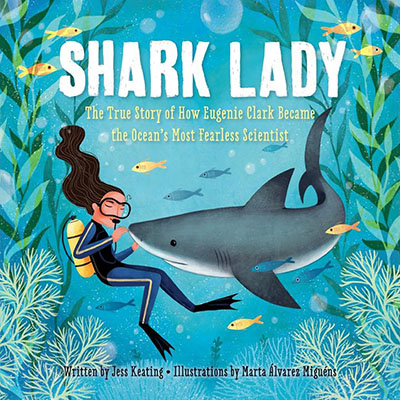 Determined to pursue her dream of swimming with sharks, Clark studied zoology in college and earned her PhD with research focused on platys and swordfish reproduction. As a Fulbright Scholar, she conducted research in the virtually unexplored waters off the northern Red Sea Coast of Egypt, and these experiences became the basis of her bestselling 1953 book Lady With A Spear.

When she took a job with Scripps Institution of Oceanography, it was a thrilling but dangerous time in diving history: at one point, she nearly drowned when her air hose malfunctioned. She also encountered more institutional sexism that came with being one of the only female researchers in a heavily male-dominated field. Women were even prohibited from going on overnight research trips and to destinations like the Galápagos Islands.

In 1955, Clark became the founding director of the Cape Haze Marine Laboratory — now called the Mote Marine Laboratory & Aquarium — in Florida. There, she began the shark studies that have become her most enduring legacy. At the time, Clark explained, "People generally thought that sharks are dumb eating machines. After some study, I began to realize that these 'gangsters of the deep' had gotten a bad rap." She was able to show that sharks could learn to tap a plate in the water to get food, and that they could learn the difference between two plates with different symbols on them. The revelation ended the myth that sharks were mindless creatures.

Clark’s contributions to our understanding of sharks were dramatic. She discovered the first effective shark repellent, created from the secretions of a flatfish called the Moses sole. She also verified local stories in Mexico’s Yucatan Peninsula about “sleeping sharks” in undersea caves, a discovery that debunked the belief that sharks had to keep moving in order to breathe. Clark was a frequent public speaker, helping to dispel the myths that led to her beloved sharks being killed by the thousands; when the 1975 movie Jaws ignited a new terror of shark attacks in the general public, she quickly turned to their defense. One of her popular National Geographic stories was titled “Sharks: Magnificent and Misunderstood.”

Clark continued teaching until 1992, and continued diving nearly until her death in 2015 at the age of 92. She once famously said in a broadcast, “I figured if I'm in a wheelchair they can wheel me to the end of the boat and put a tack on my back and dump me over the side of the boat and I can go down to the bottom and I can study these fishes as long as I want.” She will forever be remembered for her dedication to teaching the world to admire these mysterious creatures of the deep: “The sea should be enjoyed, the animals in it. When you see a shark underwater, you should say how lucky I am to see this beautiful animal in his environment.” 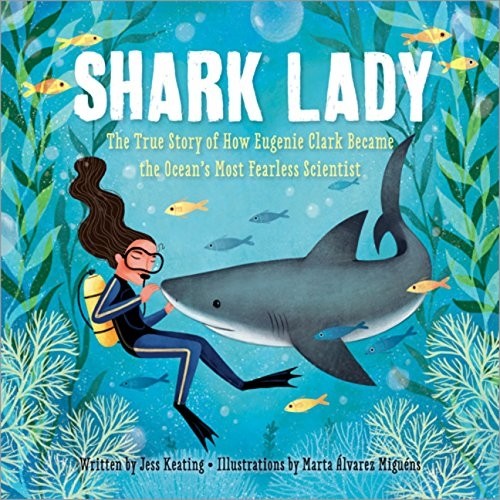 From the moment she saw a shark at the New York Aquarium, Eugenie Clark was fascinated, but the rest of the world thought that sharks were mindless eating machines — and that girls couldn't be scientists. Clark devoted her life to learning about sharks, and proved that sharks weren't as dangerous as people feared. She even proved they could learn! She also built public support for the protection of her beloved sharks and the ocean in which they lived. This picture book biography of the "Shark Lady" is a celebration of a daring woman who changed the way the world saw one of the ocean's most famous inhabitants.

Life in the Ocean

The Story of Oceanographer Sylvia Earle 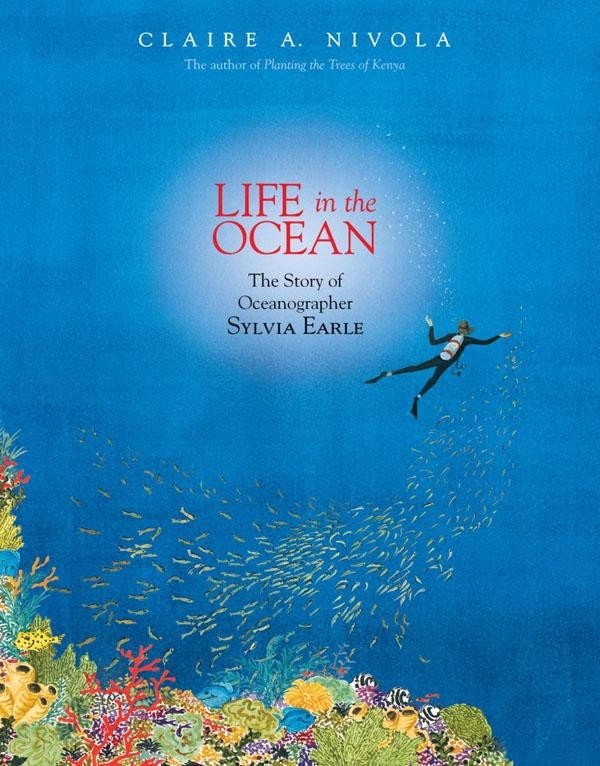 Life in the Ocean

The Story of Oceanographer Sylvia Earle

As a young girl swimming in the Gulf of Mexico, Sylvia Earle developed a passion for the sea and the life within it. As an adult, she would design new submersibles, swim with the whales, and do deep-water walks in special dive suits. Throughout, Earle has explored one of the most mysterious places still left on Earth: our vast oceans. And as Time Magazine's first Hero for the Planet — who is affectionately referred to as the Sturgeon General by colleagues — she is one of the most passionate voices for protecting what she calls "the blue heart of the planet." This exquisite picture book biography will fascinate young readers and spark their interest in learning more about Earle and the ocean she strives to protect.

Swimming With Sharks: The Daring Discoveries of Eugenie Clark 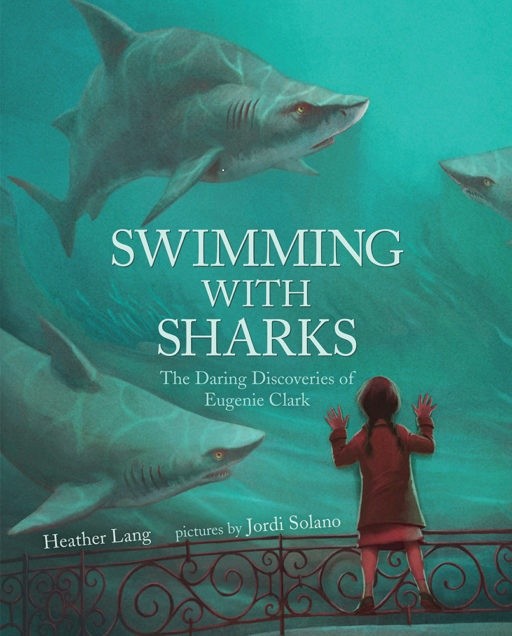 Swimming With Sharks: The Daring Discoveries of Eugenie Clark

From the moment she saw a shark swimming in an aquarium as a girl, Eugenie Clark was fascinated — but as far as the world was concerned, sharks were mindless and dangerous eating machines. As the Japanese-American girl grew, she became a scientist — a surprising choice for a young woman in the 1940s — and made groundbreaking discoveries about the beautiful, mysterious ocean creatures that she loved. This beautiful picture book biography of the "Shark Lady" is a celebration of the wonder of nature and of a daring woman who changed the way the world saw the ocean. 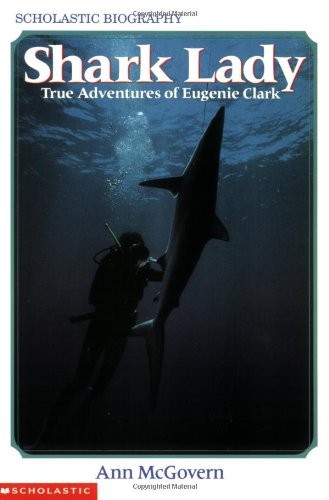 When Eugenie Clark saw her first shark, she thought they were beautiful — and far more than mindless and terrifying eating machines. Clark trained as a marine biologist, despite the skepticism facing women scientists in the 1940s. Through research dives and studies at her marine biology lab, she proved that sharks could learn, that they were less likely to attack humans than humans were to attack them, and that they played a critical role in the health of our oceans. The story of Clark's unforgettable adventures studying sharks around the world will delight young readers.

The Octopus Scientists: Exploring the Mind of a Mollusk 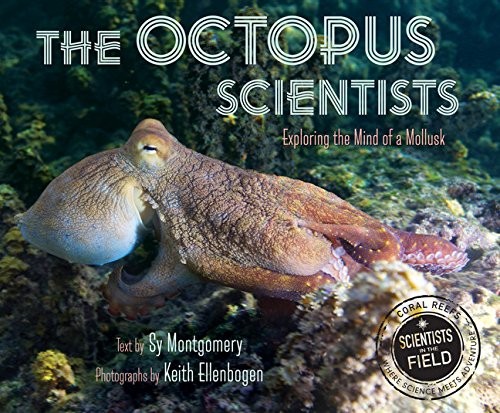 The Octopus Scientists: Exploring the Mind of a Mollusk

Written by: Sy Montgomery
Illustrated by: Keith Ellenbogen
Recommended Age: 9 and up

Jennifer Mather is fascinated by one of the strangest animals on Earth: the octopus. Octopi have seemingly incredible powers: they can shape-shift, squirt ink, camouflage, and climb into almost any crevice. But they're also astoundingly smart and sensitive — and their behavior and condition could tell us a lot about the health of the wider ocean around them. This book from the Scientists in the Field series follows Mather and her team as they study octopi on the island of Moorea, combining biology, oceanography, and psychology to better understand these mysterious and intelligent creatures.

The Lady and the Sharks 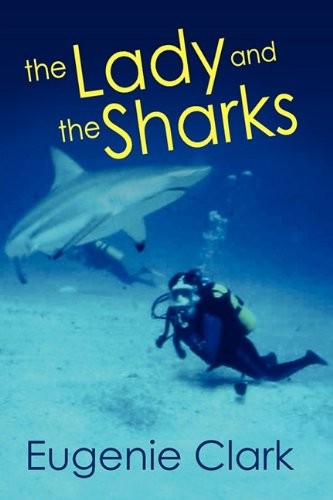 The Lady and the Sharks

Written by: Eugenie Clark
Recommended Age: 14 and up

In her own words, Eugenie Clark tells the world about her groundbreaking research that not only established that women belonged in science, but also changed the way we looked at one of the most feared animals of the ocean. In this updated fourth edition of her book, Clark describes the creation of the Mote Marine Laboratory in Sarasota, Florida, where she did some of her most famous work — and which is now a national center for shark and marine mammal research. Full of fascinating behind the scenes story about the lab and Clark's incredible life, this book celebrates the joy of exploration and discovery in the Earth's mysterious oceans. 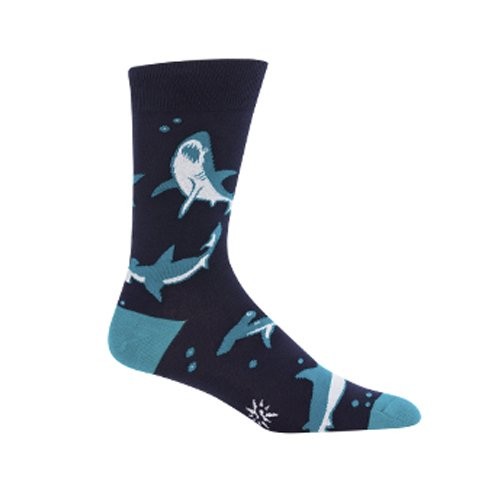 Brand: Sock It To Me
Recommended Age: 13 and up

Celebrate these graceful and mysterious creatures of the sea with this pair of shark-themed crew socks from Sock It To Me! Thanks to pioneering scientists like Eugenie Clark, you know you don't have to fear these socks' all-over pattern of sharks. These 75% cotton, 20% polyester, and 5% spandex socks fit women's shoe sizes 8 to 12. For another fun sock option for shark fans, check out these Shark Bite Socks. 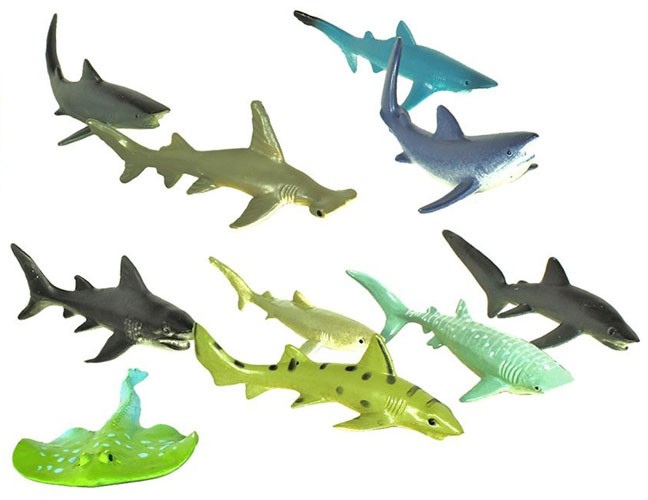 Celebrate your love of sharks with the Shark Toob from Safari Limited! This plastic tube includes individually hand painted replicas of ten different kinds of sharks, including a great white shark, a whale shark, a mako shark, a hammerhead shark, and more. They're perfect for play or display, and when you're done, all of them fit back into the handy storage tube, ready for your next underwater adventure.

This entry was posted in Misc, Front Page, Science, Mighty Girls & Women and tagged science, scientists, women in STEM on May 4, 2019 by Katherine. ← Previous Post Next Post →